You might remember music theory being a bit boring. Is it still relevant in a world of DAWs, plugins and premade loops? Well, whatever your stance is, adopting the principles of 18th century music theory can actually inspire brand new ideas. Not convinced? Here are 8 easy tips to try:

1. Use notes and samples in a relative key

Once you know the theory behind musical keys, things get a lot easier. If your existing track is in G major and you try out a sample in the same key, they’re practically guaranteed to work. At least they will musically. They may not necessarily work in terms of sound design. As they’re both in G major, every key from the destination track and the source samples contain the same mix of notes (from the G major scale). That’s why they complement each other.

"Loopcloud’s key analysis and key search can instantly find samples that work with your track." 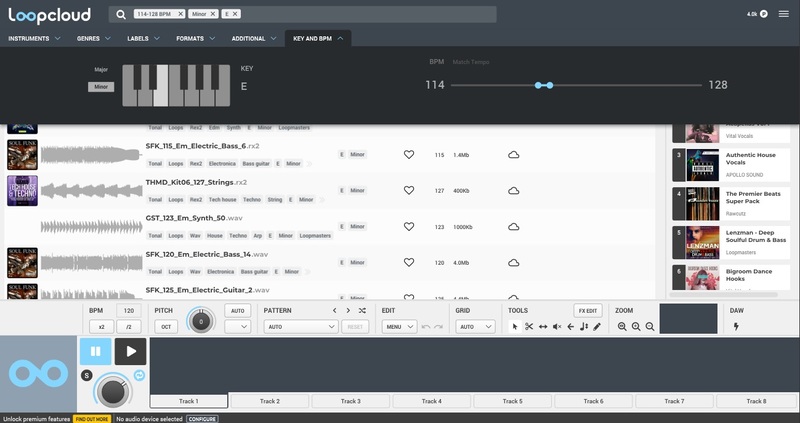 2. Use notes and samples from close keys

Another two notes to try are the ones that are a fifth apart from your track’s key. Again, using the G major example, music in D major (seven semitones up) and C major (seven semitones down) will often work. This is because these keys have almost all of the same notes as G major (there’s one different key). You’ll see in the image below that G major’s notes (left) are mostly the same as the notes of D major (middle) and C major (right).

You can also go another fifth up from D (to A) or down from C (to F) and you’ll still be able to find working sounds (just not as many).

f you’re working with simple triads (major and minor chords), you’re probably aware that you can string together some easy chord sequences. But there’s a way to add even more flavour to these basic three-note chords.

You can go even further with chord extensions, creating 9th and 11th chords. Do this by adding notes that are three - or even four - semitones above where you started. Creativity is about testing the waters, so use your ears to find out what works with each chord.

4. Make use of pedal tones

In traditional music theory, the pedal tone is a repeated note (usually a bass note) that stays the same while the chords above it change. 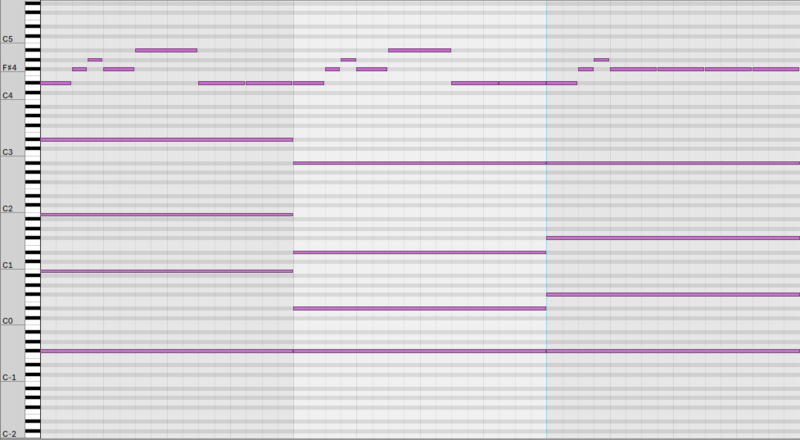 The pedal tone creates interactions with the notes above it. And, crucially, it has a different relation to each through any musical phrase or bar. At times it might sound good - or bad - against those notes. However, any canny producer will use this to their musical advantage.

As producers, we understand that music is traditionally played with instruments - not programmed on a grid. This was advantageous for composers and jazz musicians who could adopt rubato timing.

Rubato is the act of slightly slowing down or speeding up the tempo of a piece of music.

Today, many DAWs can do this using a master ‘tempo track’ or automation lane. But how can you do it most effectively?

Rubato isn’t for big changes. Instead it’s for slightly moving the music’s tempo faster or slower, before eventually bringing it back again. With that in mind, you should only move your DAW’s master tempo track by tiny amounts (up to +/- 3bpm is a good rule of thumb). Furthermore, make sure that those transitions happen gradually.

One great way to use rubato is for breakdowns, build-ups and drops. During a build-up, try reducing the tempo slightly to increase the tension before the drop. A breakdown could be a good time to slow things down slightly. Even if it’s not obvious, a subtle change can be enough for the listening to feel the difference.

Many DAWs, MIDI plugins and production environments have a lot of scales on offer. So why not try them out?

Essentially, a musical scale provides the foundation for your track. It sets the notes that you’re going to use and the one note (the root) that the track’s going to revolve around.

Before creating your tune, have a look at some of the scales that are available. These could be simple western types, modes of the scale and alternatives from around the world. Try and find something that has the feeling you’re after. Restrict your piano roll so that you only program with those notes. By creating chords and melodies that work with this scale, you’ll inadvertently come up with some new ideas.

There’s a little known secret behind music theory: not all intervals are scientifically accurate. But this is actually a good thing when creating an entire song. When designing sounds, you end up with a lot more options.

Let’s say you’re tuning oscillators in a synth. If you’re selecting a different note to play a ‘chord’ patch, you’ll usually set the other note in semitones. Thanks to a principle called Just Intonation, there are ways to make the tone even smoother. In fact, you can actually fine-tune the oscillator in cents.

If you’re tuning a fifth (seven semitones), increase the oscillator tuning by 2 cents. By doing this, you’ll actually create a 3:2 frequency ratio between the tones. If you’re tuning a major third (four semitones), reduce the tuning by 14 cents. Consequently, this will create the perfect 5:4 ratio. Check out this site for more help tuning intervals.

Changing key - or ‘modulating’ - is the act of moving from one set of seven notes in a scale to a different seven notes in a new scale. Often many of the notes will remain the same. However, the root note will change so that the music revolves around a new ‘centre’.

If you’re looking to change key in a track, you can just snap from one key to another. However, the transition can be jarring. If that’s the effect you’re after - go for it. But otherwise, there are some theories to make it easier.

"Look for one or more chords that work in both the home and the destination kets. Then use them to transition between two keys in a song."

By using pivot chords, you can identify one or more chords that work in the home and destination keys. You can also use these chords to transition between two keys in the song. You can read more about the art of modulation here.

Other methods of changing keys include:

- Transitioning using the dominant chord of the destination scale (the chord built on the fifth note of that scale).

- Cueing up the melody by ending on the leading note of the destination scale. This is the final note before the root plays again, e.g. B in C major.