Todd Helder is a 21-year-old producer who has been making waves in the Future Bass scene with a string of big releases that have got attention from big names like Marshmello and Martin Garrix.

He describes his tracks as “bass music made in an arcade hall”.

…but you would have grown up in the Playstation era rather than the 8-bit era, so where does that influence come from?

It actually started when I was playing Minecraft. The soundtrack in the game influenced me to make music. I played a lot of arcade machines in my hometown as well.

Do you have any favourites?

In fact, I just released my latest single with Cesqeaux, called NASA, which we made a special game to promote it. We turned Space Invaders into Rave Invaders. We used our heads instead of aliens, and in the background, you can hear an 8-bit version of the track. We’ve had loads of support from it.

How did the creation of Rave Invaders go down?

First, we came up with the idea that we wanted to do a game, at first we were thinking it was going to be a fighting game but that was going to be way too difficult so we decided to do Space Invaders. I made a folder of specific items and how I wanted them to look, and I also made an 8-bit version of NASA, after that management found the right people to do the job. Two weeks of tweaking and editing later, we had the final product.

It was crazy that STMPD allowed us to do a game because it’s not normal for labels to make a game for a track.

That’s a great way to promote your work. What about the traditional channels? Do you have a particular social media you prefer for promoting tracks?

People always tell me to post more, which I never do – I just post when I feel like, there's no real strategy behind it. If you have a release, it makes sense to have a strategy planned, you organise with your label to post on specific dates. 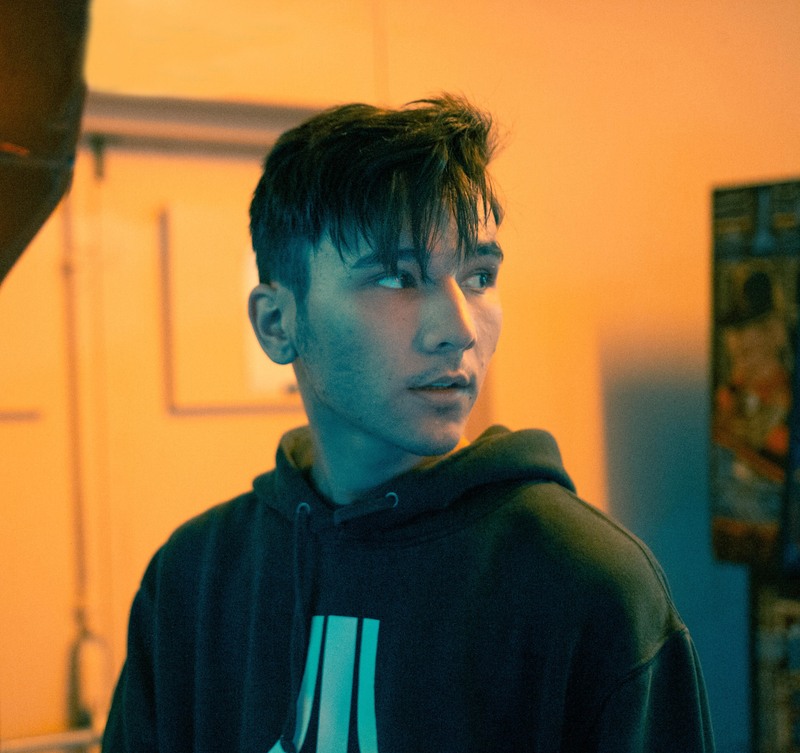 How long have you been producing for?

I’ve been producing for around six years, four years seriously and two years just f**ing around.

I first started when my brother showed me FL Studio. Then after two years, I entered a Marshmello remix competition which I then won. After that, things got a lot more serious and a lot more fun.

Have you been tempted by any other DAWs?

I’ve heard Ableton is good. I’m kind of tempted to switch to it but I’m way too used to FL and I don’t really have the time to explore Ableton to be honest. I really like FL Studio for its cutting functionality, it’s really quick and easy to use.

It does seem like the new generation of producers really love FL Studio. Do you have any idea why that might be?

Probably because FL Studio is easier to download than Ableton! That’s definitely the first reason why. You can download FL Studio quite easily but Ableton is super-hard. When you’re a 14 year old and you’ve just discovered how a computer works, it’s hard.

You mentioned the Marshmello remix earlier and you’ve had a bit of support from him recently. Did you contact him after the remix?

Yes I did, I had a bit of contact with him and his management. I sent him multiple tracks which he supported – that was crazy. I also got the chance to remix Here With Me, which unfortunately got cancelled due to CHVRCHES being negative about Marshmello which was such a bummer.

You’ve also released on Martin Garrix’s label, how did you get involved with him?

I know Brooks, who’s had few big hits, and I sent him my first track called I Need. He really liked it so he sent it to Martin, and Martin sent it to his label manager. After a few days, I got a message saying they really liked the track and they wanted to release it. I never thought that would happen because there’s a lot of competition in the industry.

Do you spend your whole time producing right now?

I try to produce as much as I can but I also like to play video games with friends and hang outside.

You’ve got to get your inspiration from somewhere, right? So how do you go about starting tracks?

It’s kind of generic, but I usually start the track with a loop. I use a lot of rap vocal samples, I manipulate them with different plugins like Manipulator, Little AlterBoy, OTT… and I try to make the vocals as weird as possible but still interesting for the listener.

Do you have any rap artists who inspire that aspect of your sound?

Definitely Travis Scott. I use Auto-Tune on all my vocals, I really love the way he uses his echo and his reverb – that’s what I try to do.

What pitch correction plugins do you use?

I actually use the T-Pain effect by iZotope. You can’t download it anymore, but it’s accessible if you download the latest Nectar edition. It looks super-old-school, I love it.

I can make a sick break in 30 minutes but a drop takes like four or five hours at least.

I made a folder with all the presets I use. So when I’ve got a vocal sample I usually add a Reese bass, some ambience and automate everything. After that I add the drums, then the build and then the drop.

The drop usually takes a lot of time whereas the breaks are easy for me. I can make a sick break in 30 minutes but a drop takes like four or five hours at least.

How do you make a drop that has real impact?

I usually automate the volumes and I use a lot of [Dada Life] Endless Smile. It has like ten options for buildups and I use it all the time.

Do you make a lot of tracks and see what works or are you a perfectionist who spends a lot of time on one track?

Over time, I’ve begun to be a perfectionist, which I kind of hate. Being a perfectionist is your worst enemy I think. The past year I’ve been releasing less because I’ve felt like tracks aren’t perfect enough.

Do you have a plan to combat this perfectionism?

Yes I do, I show my tracks to my British friends who really know me and vibe with my sound. They give me feedback and then I’ll edit – it means I don’t spend too much time perfecting tracks myself.

How has your workflow changed since you started taking music seriously?

It’s way faster now because I know my plugins way better and software such as Loopcloud speeds things up. One thing that blew me away was you can download a sample and drag it immediately into your DAW.

What other samples have you checked out?

I’ve just checked out the rap vocal samples. I’ve used a lot of the New York Rap Vocal ones.

Finally, what advice do you have for aspiring producers?

Use good quality samples. That’s one thing I noticed when I used Loopcloud, the samples are such high quality. It’s so important, sample quality is 50% of the mix, and Loopcloud definitely has higher-quality samples compared to other software.