Welcome to Loop+! This is your starting point for finding out how to get the most out of your Loopmasters samples. Browse our selection of tutorials covering a range of topics from popular DAW tips, fundamental studio techniques, basic music theory tutorials, promoting your music, and making the most of your audio plugins. We hope you enjoy!
Loop+ / Studio / Technique / Recording

Common Mistakes Made In The Recording Studio 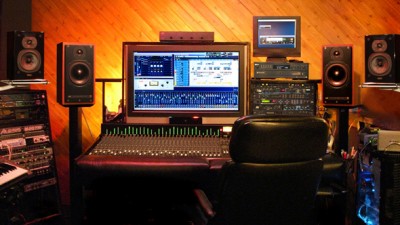 Beginners make newbie recording mistakes, and it is up to those who know better to offer them some solid audio recording tips. But to some experienced sound engineers it’s not always so apparent what is easy to follow and what isn’t - like a teacher that is so familiar with a subject he expects the students to see how easy it is immediately.

Sometimes the most common mistakes are the simplest to overlook and the ones engineers don’t bother to tell you. They just expect you to know why that’s wrong and how to do it right.

So without further ado, here are a few ways NOT to record your audio.

We have 24 bits now, and we want all the headroom we can get. Use 24 bit audio and record at lower levels, that way you don’t have to worry about putting your recording into the “red”.

Back in the analog days people used to overload their pre-amps a little. Just to get that sweet sound you know? Well, there is nothing sweet about digital clipping. Don’t record in the red when you are recording digitally; digital clipping sounds horrible and you can’t fix it. Like I said, record at 24 bit and enjoy recording at lower levels.

Cables matter. They might not matter as much as the microphone or type of pre-amp, but they certainly have a say in the overall sound.  Don’t use a shoddy “the cheapest I can get from Radioshack” type cable.

If it’s absolutely crucial to the sound and you know 100% that you won’t want to change it during mixdown then go ahead. But if you are not sure if that specific effect works, or if you don’t think it will fit with the arrangement then consider recording it dry. If someone can’t play without it then add some to the headphone mix from your software to compromise.

5. Use the Right Microphone

If possible, don’t use a cheap dynamic to record vocals and then wonder why the vocal track sounds so bad. Even though dynamic microphones might work for some vocals and styles, chances are you need a decent condenser instead. Use the right microphone for the job, and if you have access to a few, try them out.

Are you recording with two microphones? Make sure they are not causing extreme phase problems. Phase cancelations weaken the audio signal and make your signal sound thin and well….bad. If you did this mistake already most DAWs have an “inverse” setting where you can flip one of the tracks 180°. Try that to see if the signal gets stronger. If it does then you were having some phase problems during recording and should probably try to get better at recording with two microphones in the future.

8. Don’t Record Tracks In A Hurry

Some artists work well under pressure. Most don’t. Don’t expect a singer to be able to belt out all the vocal tracks to an album in 2 hours. Don’t plan for efficiency, it never works. Things will go wrong, people will show up late and you won’t be able to record everything you wanted. Get used to it and don’t record in a hurry.

Rather, record to the one you can handle. Higher sample rates mean more space and the difference between 30 tracks at 48kHz or 30 tracks at 192 kHz is a whole lot of hard disk space. With many people recording to their laptops the highest sample rate and the most ideal sample rate might not be the same.

If an instrument is faulty, out of tune or needs new strings or heads then replace them before you record. Drums that have old heads sound worse. Replace them and tune them before you track your drums. Old guitar strings, at least to me, sound bad. Restring your guitars to get a more vibrant sound. Trust me, it will shine through on the recordings.

10 Tips for Recording Vocals at Home