Welcome to Loop+! This is your starting point for finding out how to get the most out of your Loopmasters samples. Browse our selection of tutorials covering a range of topics from popular DAW tips, fundamental studio techniques, basic music theory tutorials, promoting your music, and making the most of your audio plugins. We hope you enjoy!
Loop+ / NEWS & REVIEWS  / Interview With Lenny Dee - DJ, Producer And Head Of Industrial Strength

WE MANAGED TO RIP OUT SOME PRECIOUS MINUTES OUT OF THIS HARDCORE PRODUCER'S TIGHT SCHEDULE. THIS MAN'S REALLY BUSY. JUST READ ON, YOU WILL SEE THAT HIS ENERGY IS SIMPLY CONTAGIOUS. MEET ONE OF INDUSTRIAL STRENGTH'S PROPELLING FORCES - LENNY DEE! 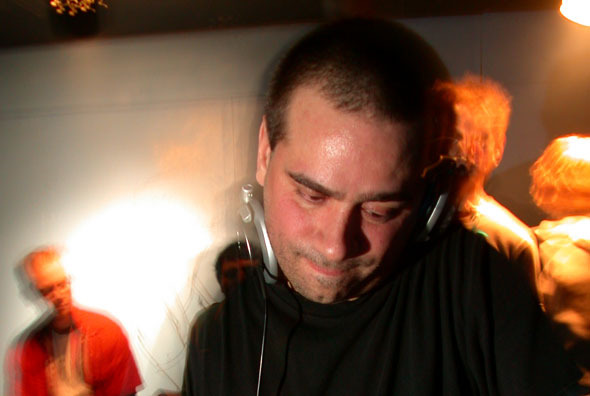 You’ve been on the scene since the 80’s. You started by mixing vinyl, then you released tracks on it, now you produce loops. What happened in the meantime? What were the milestones?

Back in the day I was making all the EPs with Frankie Bones. We produced some of the first records with loops and samples in the mid 80's made by Dj's. Eps like Drum Drops, Bones Breaks were just a few of the raw records we made. I moved on by working with Arthur Baker as his production assistant along with my production partner at the time Victor Simonelli. I was making and doing all loops for Arthur's productions, as well as doing session work in NYC & London. I would bring a bag of records and my trusted case of floppy disc's  ( all of which  I pre made on the Akai S900 sampler ). I also used custom made tape loops. I worked with the such classic artists like N-Joy, Brooklyn Funk Essentials, Carl Cox, The KLF and even Al Jarreau & The Tramps. 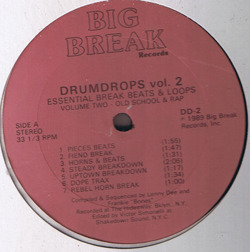 I mixed and produced over 500 releases and I have released over 3000+ titles on my record label.  I was and still am the crazy studio cat. I started at quite an early age at Northcott Productions & at Skyline studios in NYC ( home of Nile Rodgers at this time ). I started my Industrial Strength Label in 1991. We pioneered the first hardcore, techno, experimental traxx and we even have had lots of huge Artist's earlier on in their careers on the label from across all styles - such as Carl Cox, Richie Hawtin and Daft Punk to name a few.

I also made a sample CD back in the early 90's with EMagix for Music Maker Software. Which I loved making. It seemed this idea had been growing in my head for all those years, When we hooked up with the Loopmasters crew all the pieces were in place and it was finally the right time to make it happen and for those of you who see our growing sample pack catalog its happening full on.

As a New York native you have witnessed the evolution of one of the world’s hottest spots. How did the NYC’s electronic music scene evolve?

Well back then it didn't happen in the clubs at least for real electronic music. I had to go the the UK to really see what my music did to people. Frankie Bones and I rocked the NYC underground back then for sure. But it was an uphill struggle. We really pushed the electronic music hands down more then any one else in NYC. We made at least two records a month and when we DJed out in the clubs, we were playing our records mixed with lots of Euro imports and things people knew from the radio. It was a great time for music creation in the USA with guys like Joey Beltrum, Frankie Bones, Moby, Jeff Mills, Derrick May, man... the list goes on. For me it started with a real passion to make something else other than commercial music. And when I heard the sounds of Arthur Baker and John Robie for whom I had the pleasure to work, it was game over. My life was never the same. 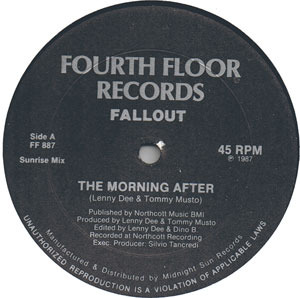 What future do you see for Hardcore music? Faster, harder, better? Or maybe rather something different?

There will always be hard music. Whether electronic or live bands. Hey, even pop music uses elements of old hardcore rave records! I think I see more fusion of styles into hardcore. We release Hardcore Tekno, a cross of Industrial grinding beats, Power Noise, Metal, sometimes the tempos are not as fast as you think. People think "hardcore" and get scared it's too fast. But with that said we also venture into the sound we created back in the 90's - speedcore. We crossed this style with thrash/punk/black metal, with such ISR bands like Moshpit and our newest band Dirty Fingers Licked, which is like Slipknot on acid. So loads of new ideas coming across as well as old ones that are just getting accepted now. I am also producing a new band now which i think is going to be a sonic monster. The band is called TOOMS - they are from the UK.

Which background - the producer or the DJ - is more important to you in terms of what you do today?

No question, both. I cannot do one without the other. I am not a trained musician. I got into production by listening to records and DJing. I went to school for engineering and I did a lot of the mix work in the early days on all the productions. I think in a lot of ways by being a DJ/producer you get to see what people like first-hand. To play your own works or new tracks to a crazy crowd - man ! It is a mega rush. I love it ! 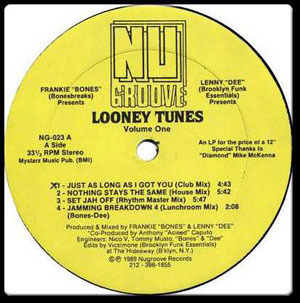 By reading your bio I learned that you are quite a busy man – producing, remixing, DJing and running a label. Your music can be found on many labels and even in games. Is all that a lot of work or is it a breeze?

It is a non stop work flow, I am so busy, it is crazy. But I love it. I meet lots of people, fans, producers and see the world which helps me do all the things I do. I have a strong partner Jules who co-owns the business with me and we take everything on with a true passion for our music. I have been slowing down a bit to take on the new sound design part of ISR now. I have done the label part for so long that this new work is very exciting to me. So I will take it as far as I can with the same love and respect as I do with Industrial Strength Records. But with all this said, I take the time to mix and produce everyday.

Recently, I've remixed Marshall Jefferson and Robert Owens with Mel from Frontline, co-produced a track with Gareth Whitehead and Frankie Bones for BulletDodge Records, plus the new Hardcore band 'TOOMS' on ISR, as well as Hardcore productions with Radium, Sickest Squad and my old friend Unexist. I am also venturing back into pop, and Edm music too. I've got no roof over my head on what I can and cannot do. I'm just doing what I feel.

How do you manage all these different aspects of your work (or maybe you don’t treat it as work at all)?

It is fun. But for sure it's work. If anyone looks like they are living the dream without putting in the work they are not telling you the truth. Music and this lifestyle have been a part of my life since I was 17 years old. I got my first resident DJ job in Brooklyn playing at RollADisco and I never had another non-music job since. I worked for a record distributor soon after that, then I made my first record in 1985, the label in 1991. It has been a progression which seems to keep growing. This job is great if you like new things, and I certainly do. I expanded into each part of the music business I liked and I went for it. Not for money, but for the thrill that each new thing brought to the table. In this business it is OK to have a few hats on. The music business is a roller coster of ups and downs. I saw early on what the guys before me were doing and did, so I made the choice to explore everything I can and to be the best I can no matter were I wind up at the end of the day. I have to say it's hard to have so much on. But with the way the music business is these days, I think to have more on is better then not. 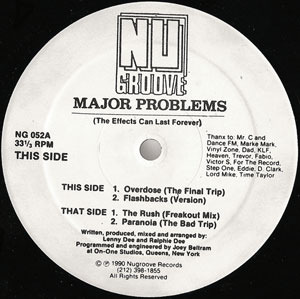 With a proper education in Recording Engineering you are probably very particular about the hardware and software you use. So… what do you use in your studio when producing loops?

I use lots of things. Sometimes my voice or a bang from a table or something, even feedback recorded by mistake can be fun to use. For EFX I use Eventide 3500, Eventide Eclipse. I sometimes have access to the my friends Neve 1073's, mic line preamps or Focusrite channel strips which add the phat analog back into the digital sound. I use Cubase 6.5 from time to time, I think it is very transparent & easy to use for certain styles of music production.

But I use Avid Pro Tools HD to write, record,. produce and mix.  I rock with 2 UAD cards, along with waves and other top notch plug ins. I use a Mac 12core Cpu, loaded with software synths such as, Native Instruments Komplete, Micro Tonic... Man, I have so many. Plus my old trusty 909 with my API pre's and old school DBX Compressers. I still have a few keyboards like the Jupiter 6 (my baby),  TX 81Z and the Juno Alpha to name a few. I use more software nowadays.  My speakers and my Dangerous Monitor ST are probably the most important part of the set up.I am working on my room now-  the last step for me!  You need to make the right judgments in the creation of sounds and mixing, so a good room is key.

Who are your biggest inspirations?

Young new producers. People I never heard of before!  I get lots of music from unknown people. I fish around the net to see what's cooking. This has led me to really start pushing to make sample packs via our little company. I think "Wow, if i can fill a void in people's personal productions and give them the tools to create even better & more authentic music, or to help feed an unheard style of music in the future, man, this can and will progress music to the next level. I have given so much to electronic music as a label, DJ, producer & A&R. I think it is time to take things to another point by going directly to the creators. I feel good about this and I am committed to making great sounds with a great team of sound designers and producers. 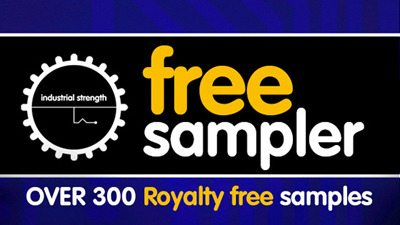