Welcome to Loop+! This is your starting point for finding out how to get the most out of your Loopmasters samples. Browse our selection of tutorials covering a range of topics from popular DAW tips, fundamental studio techniques, basic music theory tutorials, promoting your music, and making the most of your audio plugins. We hope you enjoy!
Loop+ / NEWS & REVIEWS  / SLATIN Modular House - Interview with Singomakers Producer

View all titles from Singomakers

SLATIN a.k.a Ruslan Slatin is a Russian electronic music producer, DJ and performer based in Madrid. He is an uprising star with a unique sound of House music with lots of Modular Sounds, experimental Bass Elements and Pure Energy!

With his new ‘SLATIN Modular House’ release out on Loopmasters, we thought it time to find out what’s cooking in the studio and unlock the mystery behind one of the industries rising stars! 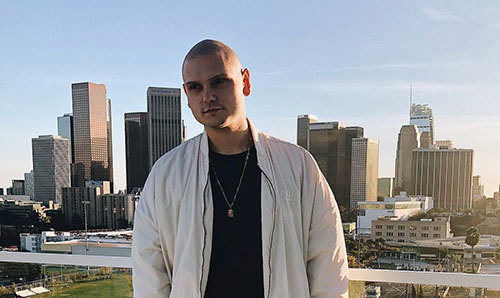 Hi Ruslan - ok let’s talk about your new sample pack ‘SLATIN Modular House’ with Singomkakers which is now out on Loopmasters - what’s the idea behind this pack and how did you approach the process of creating it?

Hey guys! Thanks for having me. I always do sound design sessions with my modular synth to create loops that I can use later in my tracks, so after a half a year collecting only the best parts from my recordings I thought that it would be an amazing idea to release it as a sample pack so everyone could use it. I usually start recording random sequences from my modular and having a mini jam meanwhile. Then, I just cut out the best parts.

These packs are not the usual array of bass lines, and derivative loops - they are a really well thought out and fresh collection that fuses inspiration and usability - is this the way you see sample pack production moving?

Thank you! I wanted to create a really unique sample pack. A sample pack that I was dreaming to find before investing a lot of money in hardware. But, unfortunately, I never found something that would fit entirely my style, so the only way was doing it by myself from scratch. Everything is organised in the same way as I organise my personal sample folders, I love having everything easy to get and “ready to sound”.

How did the project opportunity come about - was this just a natural progression in terms of career workload and your personal production style, or right time, right place?

It was a combination of different factors. I always wanted to share my sounds with my followers, cause I know they love my sound design approach, I mentioned that idea to my manager Mikhail, who actually knew Yakov from Singomakers. We introduced our pack to the company and they accepted to work with us. I’m very happy it worked out that way because Singomakers is one of my favourite labels.

How was the overall production experience of the pack?

It was great, I always have a lot of fun synthesising sounds, so the process was completely natural. The editing was the most tedious part because of the number of loops. 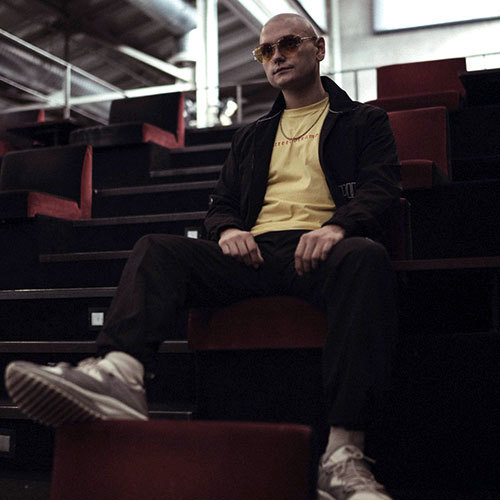 What is your studio setup for production at the moment; are there any stand-out plugins or key bits of gear you use time after time to get a certain sound?

My modular synth is built from an Arturia Minibrute, Intellijel Shapeshifter, Akemie’s Taiko, Voltage Block, z2040 filter and a lot of utility modules. For the top percussions in my sample pack, I used a Serge Variable Q Filter that I recently gave to Mike Gao in Los Angeles. Mike is a really dope producer as well and has his own sample pack. And plugin wise, I discovered Sonarworks recently and I’m really amazed by its ability to improve your monitor sound.

For recording, I use a UAD Apollo Mk II Quad and Yamaha HS80M monitors that I love. Ableton is my to go DAW and my favourite plugins are Fab-Filter Pro-Q3, Soothe and Dirt distortion by Native Instruments.

How has sampling and the use of samples played a role within your own productions?

I love sound designing so I spend a lot of time doing my own samples, but there is always stuff that is impossible to recreate like the organic sounds, percussións, brasses, vocals and etc. I have some libraries that I love, but I mainly get rhythm ideas from loops or cuts. Also, I use vocal cuts, or “utility” sounds like white noise sweeps and basic FX.

How would you define your production sound at the moment?

Tell us about how you got started in the industry?

I started around 10 years ago, at 21 I had a residency in Pacha club in Spain, then I was in another band that went big for a while, since then I released my music in a lot of important labels and today I’m still doing what I love - music! So I’m really grateful to the universe for that.

Will we see more sample packs from you in the future, and what other projects do you have in the pipeline for 2019?

I would love to do another sample pack in the future, and probably more than one. But right now I need to focus a little bit in my production and some big musical projects I’m working on currently.  This month my new EP comes out on Moksi’s new label under Barong Family called Moksi Family. Also, I just dropped a collab with LondonBridge and Moksi called “Good Idea” that you can listen anywhere.

Thanks for your time and look forward to your next releases…

Thanks for having me, appreciate your time and interest in what I do!

Check out his sample pack and download a free taster pack here: http://www.loopmasters.com/products/8672