Hey guys, here's a cool double tracked vocals tutorial. Doubling vocals is one of the most common ways to thicken up a vocal sound and it adds a dimension to the track that no artificial processing can do. But do it wrong and it'll just end up sounding weird. In the following tutorial we're going to look at why you should double vocals, why automatic double tracking of vocals will never be a good substitute, what you should avoid, and how you can get a little creative.

A common question people ask is “How do I get thicker vocals?”

Plug-ins like EQ, compression, delay and reverb will all help to thicken up your vocal sound. However, there’s nothing that fattens up a vocal performance like a well sung double. With those other plug-ins you’re still just processing that one track and that will only go so far. But if you’re working with two really good vocal takes, the vocal sound becomes better almost immediately.

Many engineers tend to get lazy and just use automatic double tracking to double the vocals. That will never stand up to an actual double since with that method the intricacies of the performance are different, even though the singer sings the same thing twice. With ADT you’re simply copying the same performance and delaying it slightly to create a perceived double.

With an actual double you’re not delaying anything. The slight differences from one take to the other is what makes the double so special.

The Power of Subtlety

Many mixing tricks go unnoticed. Their point isn’t to draw attention to themselves, but to the song. The same goes for a vocal double. You shouldn’t necessarily hear if the vocal is doubled, but you should hear a difference if it’s taken away. That’s the thickening power of the double. It beefs up the sound without drawing attention to itself.  With doubling done properly, we’re mostly concerned with getting a solid, thick vocal sound and not a chorus-y effect.

To make things even more subtle, you can use EQ to tame the vocal double. By cutting in specific frequency areas where the vocal is most prominent you can reduce the attack and presence of the double, making it blend in more to create the subtle effect you are after. 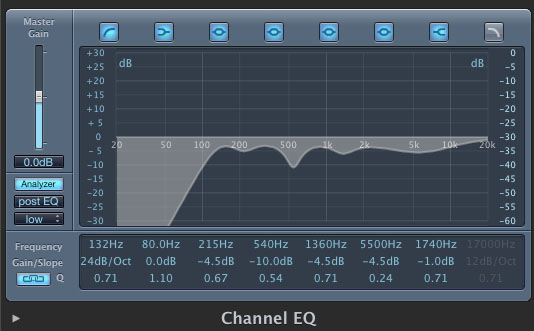 Reducing the presence generally in the high-mids is also pretty effective at making backing vocals blend in better. By reducing the mids and highs they sit better in the mix and don’t take attention away from the lead.

Using doubles can get creative, even if you want to keep the chorus-y effects subtle.

One way is to enhance certain parts of a song with some creative panning. If a song builds from a verse to a pre-chorus into a full chorus then there’s reason to use the vocals to add to that build up.

The part below starts off with a double in the middle. Once the second part kicks in, the two lead vocals have been panned to opposite sides where they slowly pan out hard left and right until the chorus, where they again come back to the middle. 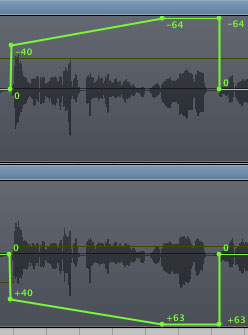 You can do a lot more with vocal doubles. For instance, if you already have a pretty great vocal sound you could use the double to accent certain phrases. You just mute the whole double except for the phrases that you’d like to accent. Specific words in a verse might evoke more emotion if doubled and doubling the closing phrase of a verse serves to reinforce the power of that part.

Doubling vocals is a powerful technique for a great vocal production. It’s simply one of those things that doesn’t stick out too much but still a necessary ingredient for a good sound.

I hope this tutorial has helped you to understand the importance of using actual doubles instead of relying on artificial double tracking. In addition, the use of EQ and volume can make the double fit right in. Finally, getting creative with panning and your backing vocals can really create a wall of vocals that enhance your musical production like nothing else.