How To Create Stereo Width On Elements Of Your Tracks 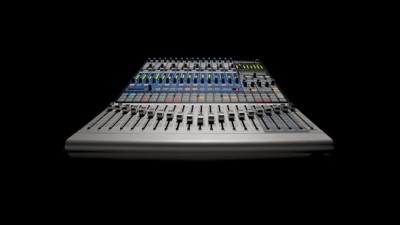 Here are some great tips on how to create stereo width on individual elements of your track.

These tips will work great on both stereo and mono channels.

Perhaps the most obvious method of giving stereo presence to a mono sound is reverb. We're all familiar with Reverb as an effect, but it's important to see it equally as a tool. Subtle amounts of the right kind of reverb can not only create some artificial width, but also inject some extra 'life' into a mix. A good choice in these situations is a 'plate' style reverb with a fairly short delay time of between 0.5 to 0.9 seconds. Plates tend to have a less pronounced 'room' sound and more of a sizzlely ambience. A short delay means that the reverb will be perceived more as part of the original sound rather than heard as separate, and also avoid loosing clarity in fast moving mix.

The first approach to using stereo delay is to introduce an obvious repeat (or multiple repeats) panned away from the original sound source. Usually when using delay it's best to set it in time with the musical content, but  because in this case we're trying to create a kind of cheap reverb/echo effect we're going to use a delay somewhere below 80ms. If your plug-in has it it's worth using the filter to roll off a bit of the top end on the delayed signal and set it's volume to around 20-30% of the dry audio (but do use your ears to find what work best in your mix). The second delay-based approach works in a similar way but using very short delay times and an identical delayed copy to create a double tracked effect. This tends to work best on material with more high frequency content such as shakers, tambourines and strummed acoustic guitar. A delay to one channel of between 20 - 200 samples usual does the trick.

Some artificial stereo plug-ins work by creating EQ variations between the left and right channels, usually in the shape of peak/cut ripples running from the low to high frequencies. As the sound changes in frequency a particular channel will be emphasized and as most audio contains quite a lot of frequency variation this shifting left/right emphasis creates the impression of stereo width. Using the same logic you can simply EQ the left and right channels of your audio differently to create instant width. For example create a bright 'main' copy on one side and a low-passed 'dull' copy on the other. The core and focus of your sound will appear to be from the bright side, but with a presence that extends to the opposite channel. And this approach extends beyond EQ to effects such as harmonic exciters and distortion, in fact anything that affects the tonal balance of your audio. Option 6: Mid/Sides Enhancement The last option is to exaggerate existing width by converting your stereo signal into M/S (middle / sides). Plug-ins that allow you to do this are now quite common (usually described as a 'spread' control), but you can achieve the same thing by creating a mono copy of your original audio, reversing the phase and mixing in to taste. With both your original stereo and reverse-phase copy set to 0dB all the mono content will be cancelled out, leaving you with only the stereo differences.

Parallel processing using effects such as auto-pan and stereo chorus can be used to introduce stereo interest ranging from the subtle to the extreme. By processing a parallel channel (i.e.copy of original track) rather than the original audio itself you avoid clouding the core of your sound (unless you want to) and shifting it's position within the mix. Essentially you are creating a copy with lots of stereo variation and then mixing this up under your original audio.

If we consider that stereo information is created when there are differences between the signals in the left and right channels then any method of introducing variation will affect the stereo image. Unlike in a digital system where the output signal can be identical to the input signal all analogue systems will affect the sound to some degree and create these variations. In most cases designers of analogue processors will attempt to minimize this, but in the case of many valve-based designs you will always get a degree of what I like to call analogue smudging. This will tend to be more pronounced at higher drive settings and can create a subtle, but effective widening of individual mix elements. I like to give most mono elements in a mix some added stereo width, even if it’s just some subtle analogue smudging or a dash of reverb. It's great to have some options to choose from, especially if multiple elements need tweaking, and although the above doesn’t cover every option hopefully the above will have introduced at least one method for you to try.