To the untrained novice, panning start off as a fun way to mess with sounds – "| can make it go like this!" – but when the novelty wears off, it's time to start learning the reasons for audio panning, and the panning techniques that will guide you through your mixing career. It's time to learn how to correctly pan vocals, deal with bassline stereo field, and plenty more subjects.

Panning instruments in a mix is a skill you can learn through trial and error, but you'd probably prefer to learn it with more trial and less error!

If you're into acoustic instrument and orchestral mixing, panning is a far more prescribed process. For a Panning Instruments Chart, check out the graphics at Audio Recording's website – Orchestral Panning Chart.

Don't start as you mean to go on

Try not to start off creating your track with the mixer channels panned by default.  At the beginnning of a track-making and mixing session, it's worth panning everything to the centre to begin with to get an idea of the overall balance of the track and acheive a decent general mix.

While you are doing this, you can make a list or mental note of the track's elements so you can think about what might be moved around in the soundstage, and decide how to pan vocals, keys, instruments and more.

Not everything needs to be panned

Don't start off your track assuming that everything needs to be panned. Go through the mix gradually assigning further and further pan positions to tracks. Just think about the elements that need to be emphasised and try panning them. If it doesn't sound right, bring them back to the centre.

Elements that are almost always panned centrally in electronic music are the kick drum, bassline, vocals and snare drum – at least!

As a general rule, keep your low-frequency elements panned closer to centre. 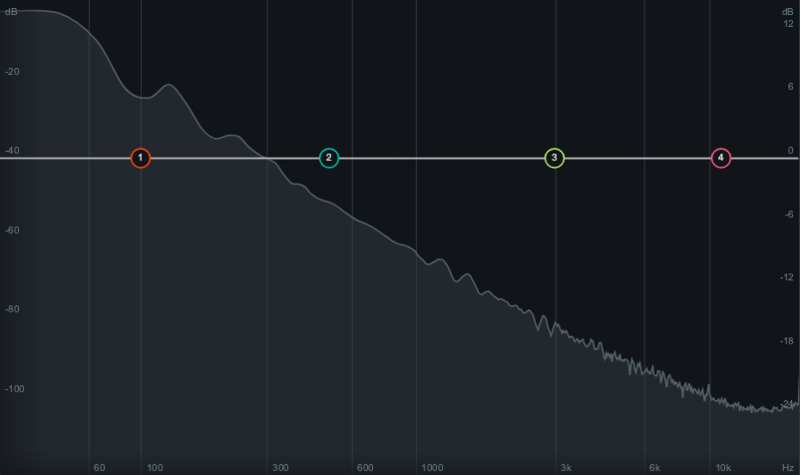 The more prominent the low-frequency in your sound, the more central you should generally pan it. This tightens up you mix and creates a solid "core" to work from. So...kick drums, basses, and anything below 120Hz should be kept centred.

This tip also prevents any problems when your bass region is played back on various systems. Anything that makes a stereo signal mono, such as a club sound system or a bluetooth speaker, can reduce the overall power of panned bass frequencies when it does so. If your bass source is coming from a stereo instrument (as is the case with many VST basses these days), it's a good idea to bounce the audio and send that out a mono channel - or you could send the audio bass channel to a mono bus.

As a general rule, lead vocals should be positioned in the centre. These key elements need to be 'front and centre', allowing them to connect to the listener and remain as loud and prominent as possible in all playback conditions. How to pan vocals: basically, don't!

When it comes to other vocals, however, the story is different. Keeping the lead vocal in the centre is key, but your backing and harmony lines will often improve the spaciousness of the entire vocal effect if they're splayed across the stereo field. If you've just got one backing vocal line, don't be tempted to hard-pan the lead to one side and the backing to the other – keep the lead in the centre at all times. 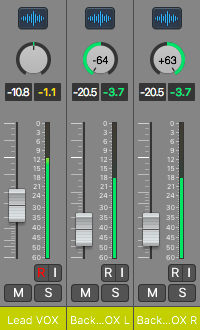 If you're using a double-tracked vocal, it's possible to hard pan both, but do so with caution. These two similar vocal lines will join together 'as one' more easily when panned centrally. If your two takes have enough variation, putting each to one side is very liekly going to be offputting, especially to those listening on heapdhones.

Avoid panning instruments that share the same frequency range to the same positions if you want to give them space. Guitars and keys, vocals and chords, cymbals and percussion are all examples of pairs that often won't play nice together, although of course it depends what notes each is playing in the first place. 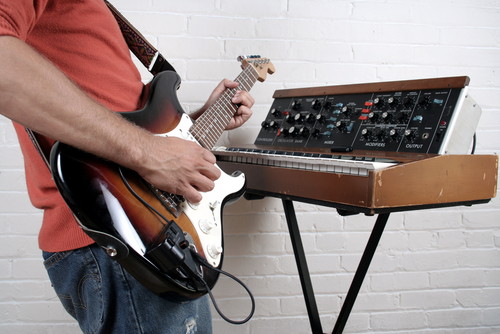 Remember that this method falls down when it comes to low-frequency bass instruments. The first-priority rule of panning for bass is to leave things in the centre, as mentioned above.

If you aren't sure, just solo your instruments in question and look at a frequency analyzer. Are they very close? Then pan them differently from each other. Unlike more bass-heavy sounds, high frequency sounds like strings respond particularly well to wide panning.

Watch out when tweaking stereo sources

Many hardware and software instruments have stereo outputs, so it's tempting to pan sources like keyboards, strings and synths hard left and right. This often sounds good in isolation, but ironically, when you hard pan a stereo sound source this way it often ends up sounding almost centred. If you do this with more than a couple instruments, you end up with a stacked, cluttered, and muddied centre.

Many thanks to Hollin Jones for these guidelines in his article in Music Tech's Mixing issue.