Electronic music tends to have a very pronounced separation of frequencies: thumping bass, crisp highs and warm mids are what most producers are going for in electronic music. One of the main topics that comes up when I’m chatting about audio production with fellow producers is taming the lower and middle frequencies in a mix.

Some producers will find themselves struggling to get the lower and middle frequencies sounding tight and clean the way they want. The term “mud” is usually used to describe a buildup of low and middle frequencies to an undesirable point. I want to share a tip that I’ve found makes a world of difference in helping get rid of muddy sounding frequencies, and that is using a high pass filter.

Now when I say use high pass filters, I mean literally use them on almost everything. If it’s not a part of the production that is going to be dominating the lower and middle frequencies, it should be high pass filtered to some extent to push it into the upper frequency range.

The devil is really in the details when it comes to reducing the muddy sound of a production. Most if not all synths and samples you will use in your productions are going to have frequencies you don’t want in your mix.

When you hear an open high hat for example, the last thing you’re probably going to consider is what its frequency spectrum looks like and if there is any unwanted low frequencies. It’s a high hat after all, it’s going to be mostly high frequencies right?

But if you look at its frequency spectrum, you’ll be amazed at all the low frequency information that is present. This being a high hat you obviously want it for its higher frequency content, so there is no point in having the lower frequencies in your mix. Granted it is a single sample and the middle and low frequency content is minimal, but it doesn’t change the fact that it’s still there. 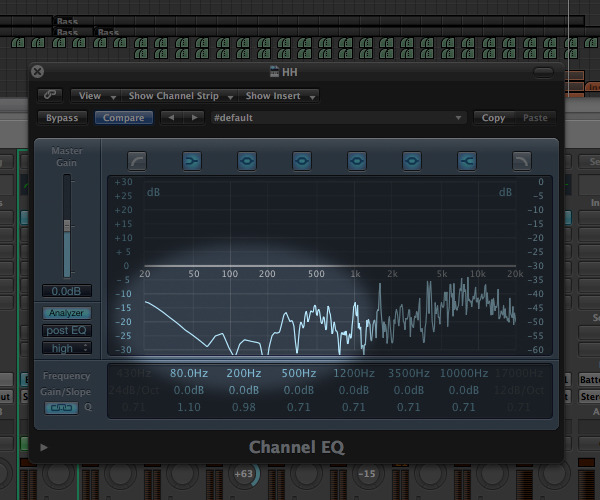 When you multiply this middle and low frequency content by however many samples you have for just the drum and percussion grooves of your track; this is where the unwanted frequencies start to creep in and muddy up in your mix. The only thing those unwanted lower frequencies in these elements is adding is rumble – and when that random rumble starts to interact with the other frequencies from the sounds that you add later, it starts to color the sound in a not so pleasant way. 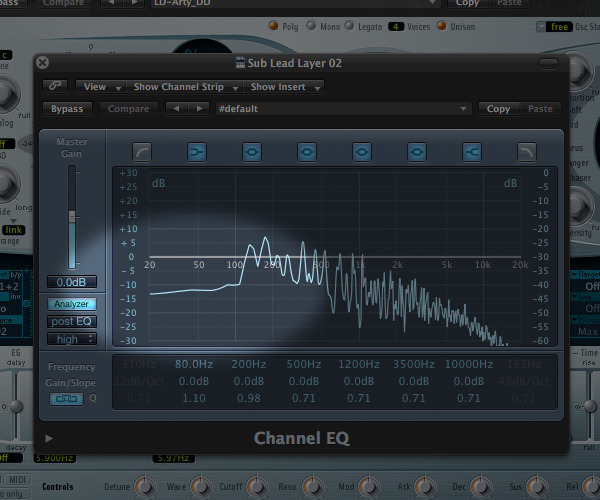 When Using Signal Processors Like Delay and Echo The Lower and Middle Frequencies Often Build Up Into Sonic “Mush” -basically Noise.

Finally, if you have access to a equalizer or filter that has a mid/side function, you can also apply this concept by high pass filtering the sides, while leaving the middle frequency information in tact. Most systems play the lower frequencies in mono, so attenuating the middle and low frequencies on just the side channels will help clean up the mix and give you a tighter sounding middle and low end. The slope that you use to high pass is up to your personal taste, but its generally accepted that a lower slope will give you a more analogue sounding filter as opposed to a sharp cutoff. Most analogue filters tend to have a gradual slope that gently tapers off the harmonics. 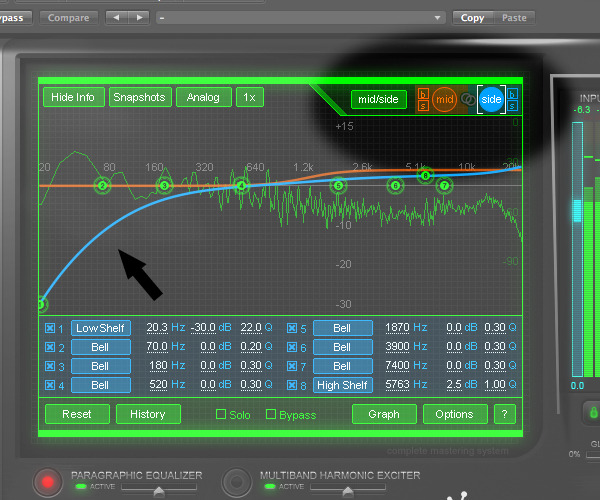 Using The High Pass Filter Technique With A Mid/Side EQ

I hope I’ve shown the reason for high pass filtering the individual parts of your mix. Keep in mind a few things: this is just one technique that you can use to help tame the frequency buildup commonly referred to as mud, and often you’ll end up using multiple techniques together when mixing. I know how discouraging it can be when you just can’t seem to get the sound you’re shooting for, so I really hope this helps you out.