Preparing A Mix For Mastering 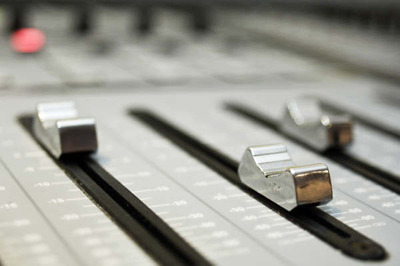 1) Remove all compression and limiters from the master channel

This is vital. Many artists or home engineers feel the need to either punch up or maximize the overall volume of their mix before it hits the mastering phase. This is a big no-no. Placing an overall compressor or limiter to a music mix before mastering almost always takes the life and breath out of the song. Instead, remove the compressor and limiter and bring your master fader down to the point at which the loudest part of the overall mix almost hits the red (or 0db digital).  This simple step allows your mix to breathe and will give the mastering engineer so much more freedom to deliver a great punchy master. If you are the mixing engineer, your job is to get all of the individual instruments and vocals separated, even and clear while adding the appropriate character to your mix. Let the mastering engineer handle pumping up your mix so it competes with all of the other great music on the market.

It is very important to have your ear to what is current in today’s music world when working on your mix. Starting with Hip Hop, in today’s Hip Hop world, drums are king. Your mix will not compete if your drums aren’t hitting hard and in the forefront of your mix. The kick and snare should almost be the loudest part of your mix. That is what listeners are expecting to ear, whether it be on the radio, in the club or wherever. So Hip Hop mixers, don’t be afraid to bring those drums up. For Rock music mixers, lay off the reverb.  Yes, you can put a little reverb on the snare and drum overheads to push them back a bit; but for vocals reverb is barely used if at all. If you need to add dimension to your vocals and you just have to use reverb, keep it to just a pre-delay with a very short tail. And don’t necessarily add it your main vocal track. Instead, double the lead vocal line, pull the level of the doubled line down and add the reverb to it. This way the reverb is only showing through on the loudest parts of the vocal line, giving it a much more realistic feel. Another way to add dimension to vocals while keeping a current industry dry standard is to add a touch of delay instead. And Rockers, just like Hip Hop, get those drums louder. Don’t be afraid of the drums! Same with RnB music, while more reverb is allowed on vocals and instruments, take virtually all reverb off of your drums. Today’s RnB is expected to hit like Hip Hop, which uses almost no reverb on drums at all.

People often ask mastering engineers to “bring the drums up” or “brighten up the vocals.” While a mastering engineer has some control over this stuff, these areas of your music mix should be addressed by the mixing engineer. A mastering engineer is not going to want to alter your music mix very much, if at all. Maybe we will add a little high end EQ to compensate for any ‘mud’ added by a master compressor; or sometimes we will pump up some low end in a multi-band compressor to add a little beef to the song, but requests like enhancing vocals or bringing up drums doesn’t always translate to an improved master. Adjusting the drum levels and frequencies in a master will alter the frequencies of other parts in a mix, often times resulting in ill consequences.

This is an important step that many home mixers never even think about, but this will add so much focus and clarity to your music mix. Luckily, with today’s powerful software tools, this step is easier than ever to address. One quick way to get your toms, snares and kicks to match the key of your song is by using a plug-in called Melodyne from Celemony. Melodyne is a great pitch shifting plug-in, which allows you to quickly match or correct the pitch of any instrument, including drums. Another secret is having a huge arsenal of sample sounds at your disposal. If you are mixing a beat and your kick drum clearly is in a different key then the rest of the track, find another kick that matches the key. Loopmasters have an exstensive library of sample packs that are compatible with all the major sequencers (Logic, Ableton, Reason, Fruity Loops, Cubase) in all the different file formats (Wav, Rex, Acid, NNXT, EXS, Halion)

5) Create both a Radio and Album mix of your songs

Most artists do not realize that the mix used for the radio single is often different from the mix that appears on the album. What is the difference? Vocal levels. A radio mix is going to have a slightly louder vocal mix than the album mix. Why is this? Mainly because vocal clarity is so important in pushing a single on the radio, and all radio stations add so much compression to their output signal, it’s easy for vocals to get lost. Adding a db or two to the vocals on the radio mix will help avoid this problem.