Life, soul and humanity. That might just be the best way to describe what we mean when we talk about adding ‘organic’ sounds to our music. With so many tracks being entirely computer-generated, written on the grid using pristine digital instruments, sometimes we – and our listeners – crave the feeling from a time when things weren’t so mechanical and robotic. We need those prime, grass-fed, no-added-hormones, 100% certified organic sounds.

But how do we get the elusive sound of ‘organic’, when we can’t even nail it down in writing. Where does it come from? One way is to get hold of some Real-world Recorded Sounds, but there are more…

Real instruments – and hence the sound on recorded samples – were played by humans. Human aren’t pefrect, and we sometimes make mitsakes. A drum machine, on the other hand, is a cold, calculating piece of machinery that can hammer out the exact same kick sound a million times in a row without putting a foot wrong. To start bringing the humanity back into music, our port of call is our MIDI sequences.

Velocity programming is half the battle for humanity: naturally, humans will play notes and hits that they want to emphasise harder than the others. Take, for example, an average MIDI velocity of 80 as your guide, and emphasise the key notes and hits of your melody, bassline or drum part using higher velocities. Remember to reserve the maximum 127 velocity for only the most extreme notes phrases, saving it only for when you truly need it. 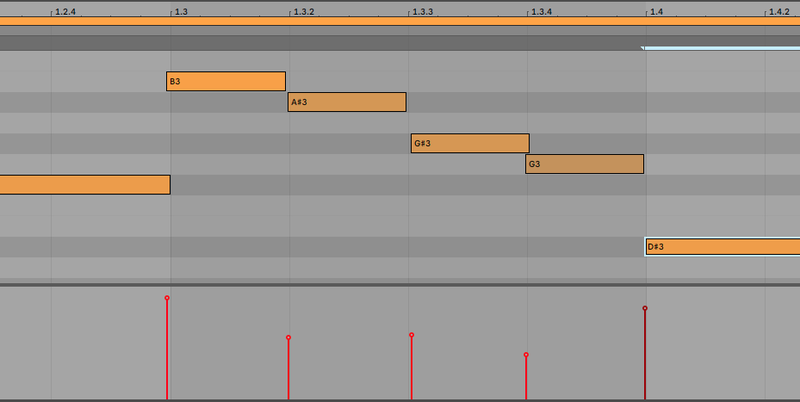 Next, bring down the notes that matter the least – those that are simply there to support the others – to about 60. The key, by the way, is to slightly randomise the exact velocity values, not hitting the same one twice. Picking out the exact note in your melody, beat or fill that should be emphasised isn’t something we can tell you; it’s something you’ll have to feel out for each unique phrase.

A human can’t be expected to hit notes exactly on the MIDI grid as the metronome plays… and nor should they – the mechanical feel of a ‘perfect’ drum machine is exactly what we’re trying to avoid here. If your DAW has ‘humanization’ or ‘randomization’ tools to use on MIDI, this is what they’re there for.

Tiny imperfections are all that’s necessarily – professional musician’s aren’t that off the grid, after all. Up to +/- seven MIDI ticks, distributed at random, should be enough to get a human feel that’s still in time with the grid. If your DAW doesn’t have randomization or humanization tools, it’s time to disable the MIDI grid, zoom in and slightly drag notes back or forth in time. Go easy – a little is all that’s needed.

Modern DAWs offer the ability to imprint a specific groove from a list of predefined swing timings, and imprint it onto an audio track to automatically timestretch its transients to that mapping. In Ableton Live, you can extract the groove from one sample or recording by dragging the clip into the Groove Pool, and then drag from there onto other audio clips, as shown below, getting all your parts moving with the same feel. 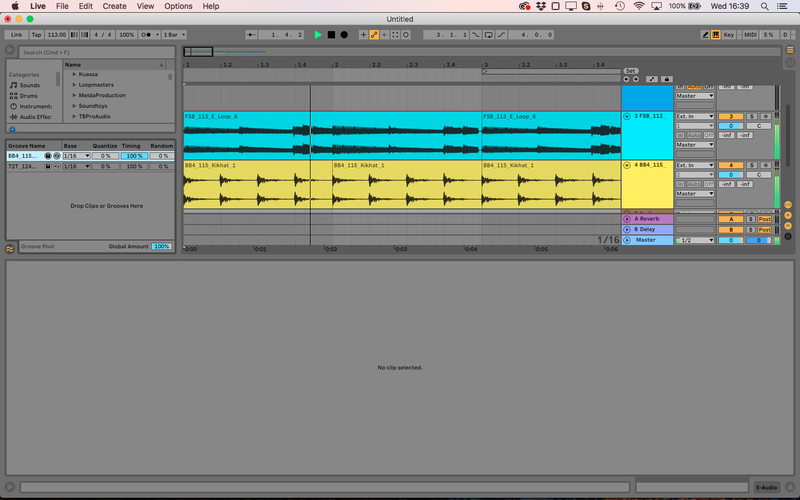 Sampled records and purpose-built collections of Real Instrument Samples are all over genres like hip-hop, and their human vibe brings the realism back to any track filled with synths and drum machines. Sometimes, just adding a few Guitar Samples that were played by a real human is enough to bring the organic matter flooding back into a sterile track.

As an alternative, the feel of early sampling – and therefore some of the vibe of human-recorded samples – can be brought back by establishing a new groove (as mentioned above) or adding a bitcrushing effect to a track.

Sometimes it’s not even about the musical timing, notes or recorded instruments. Sometimes getting a retro, organic feel into your music is all about mimicking the behaviour of old-school music and reproduction technology.

For example, today’s producers use analogue-style compressor plugins because they react in a less predictable way to their virtual signals. This throwback to the analogue warmth of the records of days gone by is another way to bring life to your tracks.

Another way to bring the ‘sound’ of the past into your DAW projects is by using Vinyl and Tape-emulating plugins. Placed across your master buss, these ape the sound of studio hardware used to record classic tracks, and the ways these tracks were originally played back.

You can also add vinyl-emulating plugins such as AudioThing’s Vinyl Strip to individual tracks in order to recreate a sampled feel. Why go with a clean drum kit sample when you can add a vinyl plugin or Sampled Vinyl alongside it and turn it into an instant classic break?

Organic Matters #5: Play it Yourself

As long as you’re reasonably confident with a MIDI keyboard or pad control, playing – or replaying – a part in your DAW via MIDI is a surefire way to get the timing of a real human performance.

If you’re a little ropey on the keys, try this trick: reduce your project’s tempo before recording, and play the part in slower, giving you a chance to get the timing right. After the recording is done, crank the tempo back up again. Since you’re using MIDI, your human feel remains at the original tempo.

Check out the latest Sounds on Loopmasters