With its bass-heavy take on rap music, trap fuses the best of modern technology with the sampled vibes of classic hip-hop and leans on more elements in the process to create its own distinctive flavour.

With so much modern production thrown into trap music, there’s a lot to learn to compete, and so we’ve compiled what we believe are the most essential tips for modern trap producers. Whether you’re just getting started or need to up your game, there’s something for everyone here.

1. Learn Everything about 808 Kicks

The humble Roland TR-808 (especially the kick) has given a lot of inspiration to the trap genre, and has become a staple – if not essential – component of making this kind of music. And so if there’s one area that will yield the most in terms of results, it’s technical knowledge of 808 sounds and how they can be manipulated. 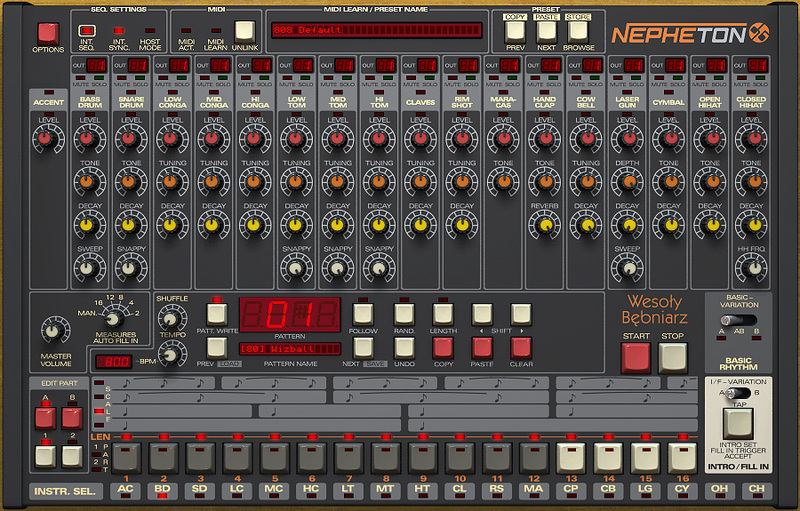 The original TR-808 was ‘just’ a drum machine: its samples were meant to be programmed and played, and not messed with so much. But over the decades – and with creative producers of all genres having got creative with 808 sounds – the workflow and techniques required to use these sounds are now so far removed from the originals that it feels like a full-on masterclass is necessary to properly work with trap.

Study the original ways of creating 808 kicks, and how these have been subverted using sampling and layering to arrive at the modern 808 kick sound that you can get in modern 808 sample packs. Instead of simply using an old-school 808 drum machine, most modern 808 work is more appropriately done with samplers.

Learn how the 808 kick sound was adapted into a modern bass sound, and the processing and effects that are applied to finish off the process of transforming kick into bass. We’ll give you a  hint: saturation, compression and distortion will come in handy here.

While you can’t get away with stealing an entire track from someone else, it’s entirely possible to drag an whole song into your DAW and hijack its arrangement. Mark out how the track develops, using your DAW’s marker tools to mark out intro, main loop, build-ups, drops and so on, and then use this as a template to build your own track structure around.

As long as you’re sure to remove the actual track from your DAW project, this is a completely fine way to get started producing trap. And if you do this a few times, you’ll probably find that your favourite references all share a suspiciously similar structure. It’s not that they copied each other – it’s that this is the formula that works, and so your own version of it will have a solid foundation.

Those rhythm-changing hi-hat patterns can be epically boring to program using MIDI. Try this trick…

Load the same sample onto three different notes into a multisampler or drum machine. Now program those three notes into your DAW’s piano roll – you just need to start them at the start of a bar, and end them at the end of the bar.

Next, throw an arpeggiator MIDI effect over the track (or if you used a drum machine with an arpeggiator, just activate it). The arp will do its job and repeat the ‘different’ notes in sequence – only those different notes are the exact same sample.

Now you can automate the arpeggiator’s Rate control to change between different subdivisions of a beat – triplets, eighth-notes, sixteenth-note triplets, and everything else. Using this method makes it really easy to program rolls and change how they work without messing around in the piano roll.

4. …but Be Careful with your Hat Samples

The machine-gun effect is the distinctive sound of playing the same sample over and over again in quick succession. Our ears can notice when the exact same sample is played again and again, stop-start, and so most sampled instruments contain round-robin samples – ie, if you hit a note twice, the second one plays a slightly different sample, making things less robotic and more natural-sounding.

Even if you’re not using the arpeggiator tip above, you’ll probably be able to find variations of the same sample in whichever sample pack you’re using. If not, our Loopcloud software is a great place to find, browse and audition millions of samples right inside your DAW project without having to buy them until you’ve made your decision.

5. Get a Grip on Chords and Theory

Whichever genre you’re creating, having a sound basis of music theory to build it on will serve you best. Learning how chords and scales work, and which ones go together, is far easier than it sounds, and once you’ve got the knowledge, you’ll be able to practise it constantly [you are a producer, aren’t you?]

Being able to create an unexpected but still musical chord to end a progression, and knowing when to throw in a properly extended four-note chord instead of a three-note chord will only help your songs catch on.

To get started, learn the basics of what a musical key is, how to identify which notes fit into a key, and how to use them to build chords. In the end, it’s all about restricting the set of 12 available notes to a certain seven – just knowing which seven to use is often the trickiest part.

Unless you have a vocals and a great mic at your disposal, chances are, you’ll be using sampled acapellas to put some words into your tracks. As these haven’t been recorded with your particular tune in mind, they’re unlikely to be absolutely perfect, and that’s where creative tools come in to save the day and make your sounds more unique. 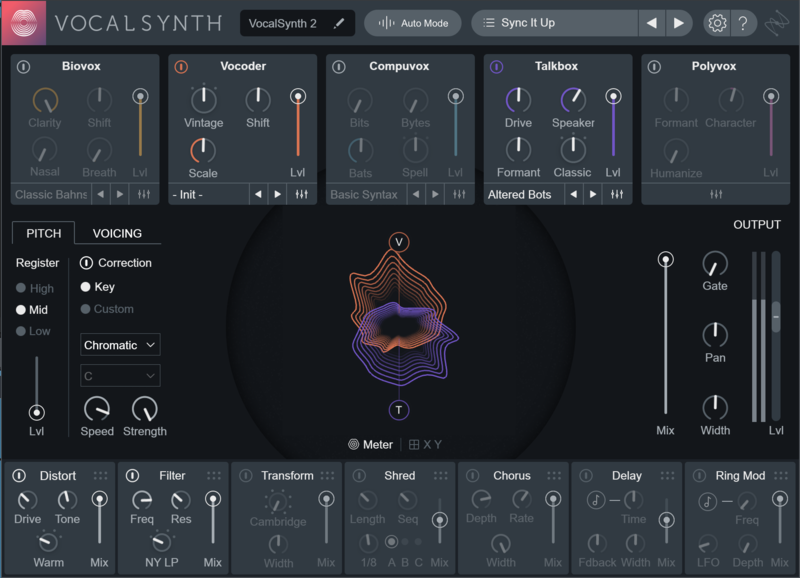 With vocal processing plugins, or even those that cut and slice beats, you can add far more spice to a vocal sample and really make it your own.

7. Choose All your Sounds Carefully

…and rechoose if you have to.

As your track evolves, the elements that worked together at the start might not work anymore. A full-range orchestral sample might sound great as you get a track started, but when you’re nodding your head to 14 other elements at the same time, you might need to replace it with something that doesn’t make up so much space in the mix. Don’t be afraid to audition new candidates for even the most important elements of your tracks – you might be surprised at how much difference it can make.

Check out our Trap sample packs or our Loopcloud software if you need some more sonic resources to bring flavour to your work.

There are plenty of brass and orchestral samples out there that can lend a touch of vibe and reality to a trap tune. These will often have a unique way of leading you through your own creative path, and you can twist them up however you like in a sampler.

But have you ever tried using actual full-on orchestral ROMpler instruments in your DAW to create these sounds? For example, if you’ve got NI’s Kontakt, you’ll have access to its Factory Library, which has a wealth of virtual real instruments that you can sample and twist up however you like. Depending on your DAW, too, you might have access to plenty more orchestral samples. 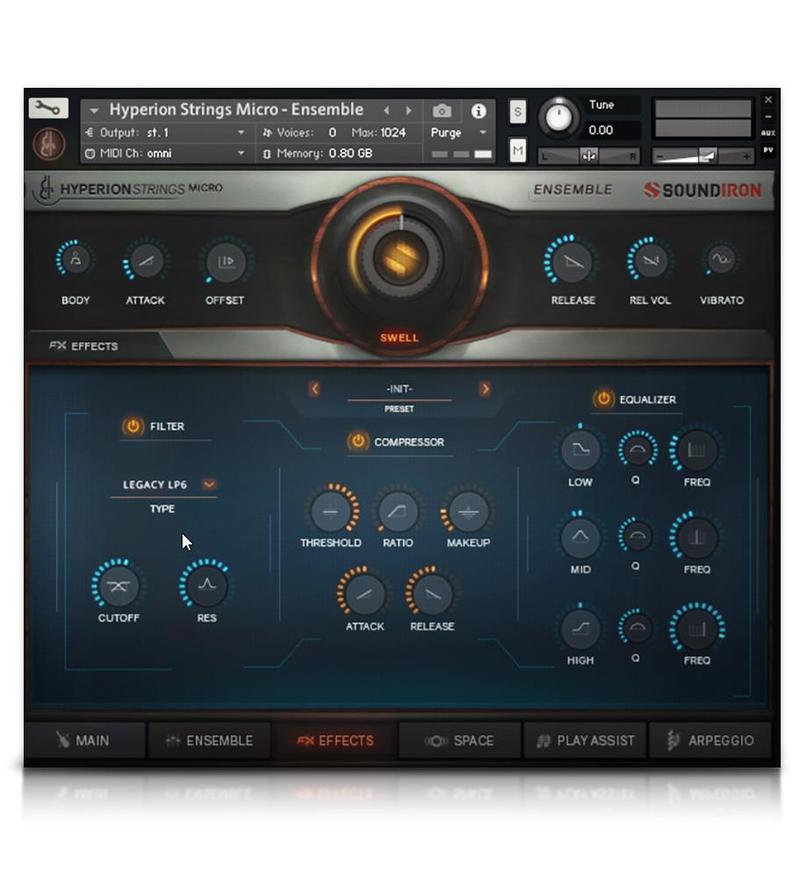 Try not just sampling individual notes or stabs, but programming whole lines and using these to mess with in a sampler, getting inspiration from the unusual twists and turns that these self-made MIDI lines take on when put through a sampler.

There are so many tips out there focused on bass that it’s really easy to forget that other hugely important part of the frequency spectrum: the midrange. As humans, our hearing system is tuned to focus most on midrange sounds between about 200Hz and 2kHz, and that’s because these are vital components of human speech – it’s what helped us to communicate better.

Lead sounds occur strongly in this range for just this reason. The ideal lead sound needs to ‘speak’ to the listener with all the intention and expression of a human voice, and special care should be taken with the rest of the mix to ensure that there’s nothing clouding lead and vocal elements like this when they appear.

Treat every lead sound like it’s a vocal, try applying a small scoop between the bass and midrange of a mix to see if it lends a bit more clarity to the entire track, and duck midrange parts of other elements behind the prioritised vocal/lead sounds using compression and EQ for best results.

Whatever the genre, today’s tunes don’t compete unless they’re intelligently mixed, and that means taking advantage of today’s best mix technology: automation. The ability to slowly move multiple parameters of EQs, compressors, reverbs and faders over time is what separates today’s music from that of the past.

Consider how instruments drop in and out in different sections of a track. With a completely different composition and sonic landscape, the section would need to be mixed slightly differently in order to hit as hard as it can. With static settings across all plugins and the mixer, this just isn’t possible.

Modern tracks often end up with a complex web of automation tracks, so knowing how your DAW handles the process is vital to making better music.

Other US Hip Hop samples