►i
Dom & Roland - Curiosities Of Sound

Loopmasters are proud to welcome Dom & Roland to our artist series! His offering ‘Curiosities of Sound Vol. 1’ is a masterclass in sinister sound design from one of the most important figures in Drum & Bass.

Dom has been producing top-tier drum & bass music for over two decades. His early contemporaries were legends such as Ed Rush, Trace, RymeTyme and Fierce, and their techstep sound went on to dominate the airwaves of the early nineties with big name Radio DJ’s like Fabio and Grooverider providing almost blanket coverage of their music.

Dom has been travelling around the world DJing for many years, also having a history for making music for games console releases - with examples such as the legendary Midnight Club and Grand Theft Auto. His music has regularly been used by the BBC and ITV in shows and as theme music. Notable fans of his sound included the late John Peel and David Bowie, the latter even calling Dom personally to congratulate him for his work. In late 2005, after a 10 year stretch on the legendary Moving Shadow, Dom started his own record label ‘Dom and Roland Productions’.

With 3 solo albums and a string of successful singles under his belt on his own label, Dom signed his sixth solo album to Goldie’s Metalheadz label in 2016. It sold out of vinyl versions within hours. Mixmag gave it 10/10 and called it DnB album of the year. It also won best DnB album of 2016 for Juno download.

Dom has continued to release music on his own label and Metalheadz to this day. His Seventh album “Lost in the Moment” is pencilled for release on his own label in February 2020 and he has various tracks coming for Metalheadz for their 25 year anniversary, also in 2020. Dom remains to this day at the forefront of music technology and has always found himself happiest in the studio with his equipment. He is proud to have never ‘sold out’ to produce music just to be popular, and remains at the pinnacle of the underground.

“I have tried to create a Pantone colour chart of sound and loops. The sound sources come from a myriad of equipment and my recordings from the last 20 years. When used together they should create a sonic image with a massive depth of field and emotion.”

Over the course of 916 MB of content, Dom & Roland has delivered a truly unique collection of his audio innovations that will give producers of high-octane dance genres a huge selection of sounds to play with. Staple sounds such as twisted breaks, savage bass growls, tense atmospherics and menacing synths are available in abundance, giving users a taste of controlled chaos that takes decades to master. Deep sub bass and tearing reeses will be a welcome and familiar asset to fans of Dom’s work, alongside devastating kicks, razor sharp snares, and even didgeridoos that will make this a must buy for drum and bass heads from any era. 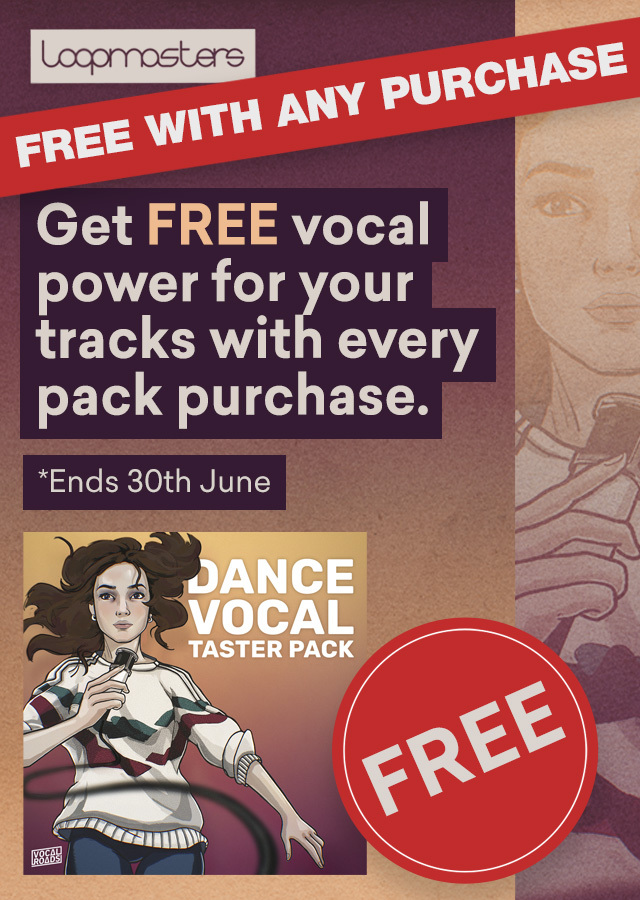 If you know his catalogue you will notice breaks and bass sound from some of his pivotal tunes, everything mixed to this high standards. Buy this now

Amazing pack with unique samples and proper sound design. If u wanna write a dark and heavy track, this is the pack you need to have!

Dom & Roland, absolute DNB royalty! An intense, powerful pack filled to the sides with raw heavy quality you would expect

One of my all time fav Drum & Bass Producers. How can I not love this Sample Pack. I honestly was hoping for a lot more Amen Destruction, but I am happy with what I got.

Drum 'n' bass stalwart Dom & Roland signs up with Loopmasters for this 642MB...