►i
Robert Owens - The Voice Of House Music

Loopmasters proudly present a stunning collection of royalty free acapellas by the most iconical vocal talent within the history of House music Robert Owens.

Robert Owens offers up his voice for producers worldwide with over 700Mb of free flowing acapella song ideas ready to chop and rearrange together with a huge collection of spoken and sung short phrases that can be used to compliment the song ideas or be used alone as vocal ear candy to accentuate your productions.

Ask any fan of dance music who their favourite male vocalist is and nine times out of ten Robert Owens name will come back, with more than twenty years as a gifted singer, songwriter, producer and DJ under his belt, Robert has not so much embellished house music as played a large part in defining it. 'Tears', 'I'll Be Your Friend' and 'Ordinary People' are just some of the tunes that have borne his black velvet voice and gone on to become truly classic dance records.

Like many other great vocalists, Robert Owens began his career singing in church gospel choirs. Growing up in the poor areas of Chicago and L.A Robert used music as his inspiration to channel his energy but his entry into the world of house music came originally not through Robert’s singing but DJing at block parties and smaller clubs in Chicago.

In 1985 Robert met pioneering Chicago producer Larry Heard, who invited him into his studio. Together they formed Fingers Inc with Ron Wilson and released a series of excellent singles such as 'Mysteries Of Love' or the instantly recognisable house standard 'Can You Feel It'. In 1989 Frankie Knuckles called upon him to record a track with the Def Mix posse –alongside David Morales, Satoshi Tomiie and Frankie himself. After signing with 4th & Broadway his 1991 single 'I’ll Be Your Friend' finally gave Robert the over ground success he so obviously deserved, climbing the charts to 1 all over the world!

Since moving to London England in 1993 Robert has been kept busy with his own label imprint Musical Directions and numerous collaborations with the likes of Sandy Rivera, Photek, Ron Trent, Coldcut and many contemporary house music producers such as Wahoo, Jimpster, Atjazz, Charles Webster, Simbad, Marc Romboy, Kid Massive, Kirk Degiorgio and Ian Pooley for his “Night-Time Stories” collection.

The Voice of House Music is suitable for all styles of House music these vocals will add the distinctive silky vocal sound as found on an incredible amount of classic house anthems. Recorded at tempos from 116 to 125 BPM the collection features 8 folders of full song ideas ready to chop and assemble into you preferred arrangements and 75 short vocal phrases arranged into 14 folders.

In Detail expect to find 24Bit 44.1Khz Loops recorded at 116 -125 BPM with 8 Full song ideas with 86 Sung Loops and 81 Spoken Loops and 14 short phrase folders with 51 Sung Loops, 12 Chorus ideas and 12 Spoken phrases. The collection is available in Wav and Apple Loop versions.

Robert Owens is one of dance music's true legends, a man who has his roots in the future and his feet planted firmly on the earth - and a man who has never been afraid of sharing himself with others and now the first time ever producers get a chance to sample those silky vocals, check out the demo song and download the free to use taster samples and then sample Robert Owens – The Voice of House Music TODAY!

Note: the vocal samples are completely royalty free but the use of Robert Owens name in any production is forbidden without prior consent. 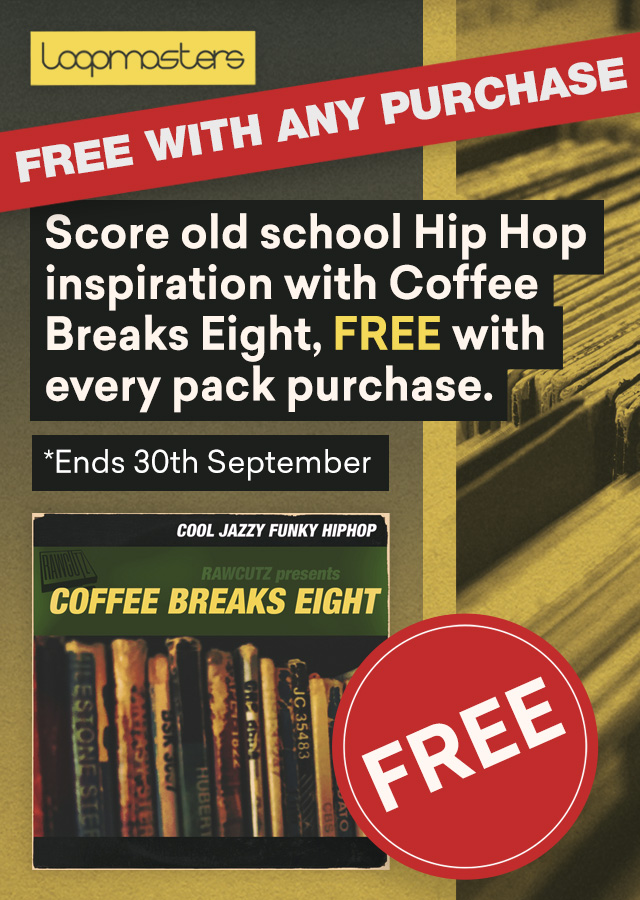 The voice of house music! What you would give for a collection of acapellas like this back in the day!

A killer pack of full vocals from the king of soulful house! As long as I have loved house music, I've loved the vocals of Robert Owens. The soul at the heart of so many classics - his voice is completely unique and his style unparalleled.

The voice of House music! This is the perfect vocal pack from a pioneer in the game.

Having access to just the tone of this legend is stuff dreams are made of.