7 Tips to Choosing Used Music Hardware That Are Gems, Not Junk

Buying brand new gear is lovely, but uncovering a gem from used, vintage music hardware can be even more satisfying. Here's 7 tips to help you evaluate good gear from lemons saving you money & time!

Even though most music companies are recreating all of their vintage gear these days, don’t be fooled. There are still tons of old synths, turntables, mixers, samplers, drum machines, and more that are out there in pawn shops, music stores and even on eBay. However, before you purchase used gear, here are a few suggestions from someone who’s bought some gems and some junk.

1. Make Sure it’s Legit...
When perusing old gear at either flea markets, pawn shops, and sometimes even music stores, one thing I always look at first is whether the serial number is still on the gear in question. Generally, when a serial number has been removed, it’s usually due to the fact that at some point, it was probably stolen. And, the thief removed the numbers, just in case their lair got sacked. And also, as a way to avoid drawing attention to the unit later, after it’s sold.
Now, if you’re savvy, and old, stolen gear doesn’t bother you, you could use the ripped off, or scratched off serial number as bargaining leverage, in haggling the price down. Seriously, it’s a valid point, and by pointing this out, you put the seller on the spot, also giving you a psychological advantage, during negotiations. 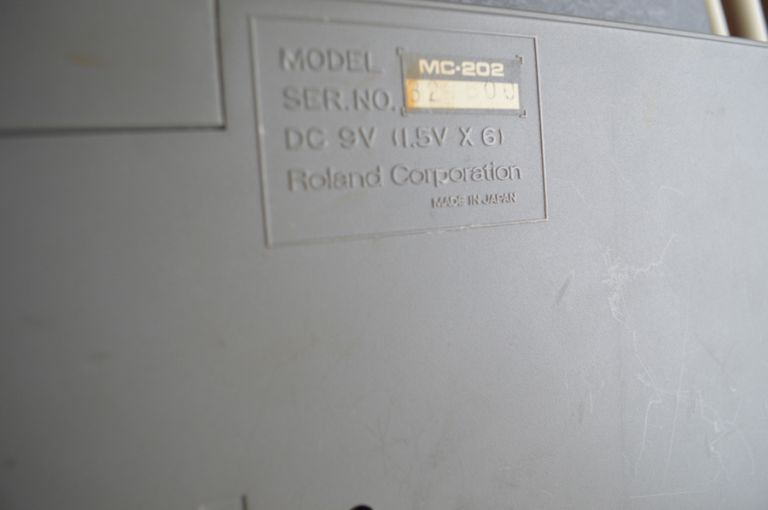 You can use the scratched off serial number as bargaining leverage.
2. Check Those Inputs and Outputs
Regardless of what kind of instrument you’re looking at (well, aside from flutes, and instruments that have no outputs), it’s going to have outputs. And, if it’s an effect device, or a mixer, it’s going to have inputs, as well. This parts annoying, but you need to make sure you check the inputs and outputs... if you can.
Granted, if you’re walking around a flea market, the odds of someone giving you that much time and energy is basically nonexistent. However, you can at least check the outputs, and make sure you can move the cable around the output a little bit, to ensure there’s no crunching, or possible short in the output. Even if the latter is the case, a little alcohol on a cotton swab, and you’re set. Either way, you just want to make sure that it doesn’t sound terrible, before you get it home! 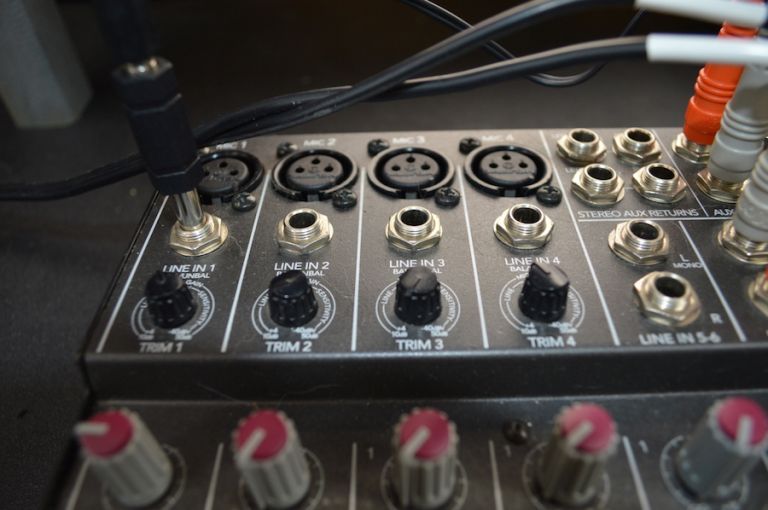 If possible, check the inputs and outputs.
3. Internal Battery?
This is one area where you can turn things around to your advantage. Especially, when you’re browsing in a shop where the employees know nothing about instrument repair. I’ve been in a few situations where I’ve found old synths that have been marked down severely, because they did not appear to work, or needed maintenance. The usual indicator that it’s the internal battery is that the presets will sound strange, or will be nonexistent, when you try to go through the internal patches. If you recognize a synth in this condition, first, do not say anything. Second, see if you can haggle down past the displayed price. Third, when you get home, look up the model number of the synth in question, and order your new, internal battery. I scored a Juno-106, once, years ago, for a price that was absurd, just because the synth was not holding its presets!
4. Check those Keys!
When you’re looking at synths that have built-in keyboards, make sure you check each key. And, I don’t mean taps on each key. I mean actually play the keys, and see what the action is like. Sometimes, synths can have faulty connections to specific keys, so that they play, when struck, most of the time, but sometimes don’t trigger anything, intermittently. I’ve run into this a lot with the old Virus KBs, KCs, and even some of the old Ensoniq boards. Actually, I’ve gotten new Virus Keyboards that were like that, too. So, be careful. Getting a keyboard replaced is no joke!
Now, if you run into a synth with a clearly, missing key, you might still consider purchasing, if not only for a new MIDI brain. Remember, with MIDI, you don’t need a synths internal keyboard to work, you just need its brain. If the MIDI ports are intact, you can still roll. Or, CV. 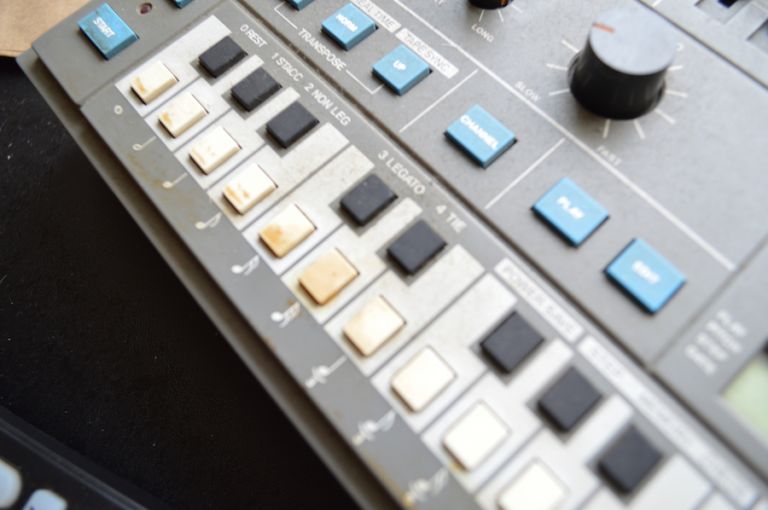 Check those Keys!
5. Missing Pot? No Worries!
Don’t be afraid to purchase gear that’s missing a knob, pot, or dial, IF it’s only a mere plastic end, and the physical, metal portion of the piece of gear is still working. Plastic tips, ends, and so on are really easy to find, especially with eBay. If you look around, you can find individual, vintage, knob and switch ends for sale. Just do a search for you piece of gear, before you even make the purchase, to see, if the tip is out there. Purchase on your phone before you get home. Once fixed up, turn around and sell the unit again, with all the tips replaced, and make even more money off of it! Which brings up another point... 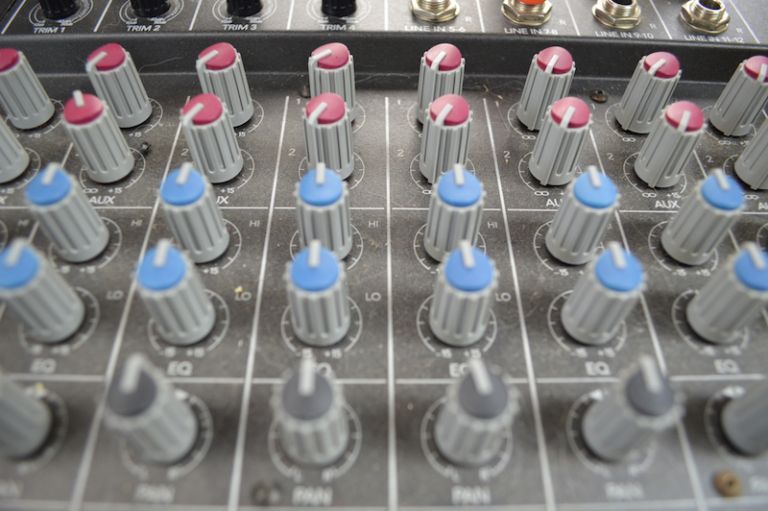 Missing pots are easily replaced.
6. If you’re Not Sure, Resell!
A lot of dudes will just hoard gear because it makes their studio look bigger, and ‘you never know when it might come in handy’. If you’re not using something, sell it! Put the money towards gear that you really want. Don’t buy into the nonsense of collecting, just for the sake of collecting. Trust me, if you ever have to move cross country, and have to unload fast, you’ll always lose money, because you’re desperate to get rid of stuff, when you’re in a hurry. Let go of attachments, now, and reap the rewards of space, peace,and financial well-being.
If you notice a piece of gear in a shop that you know you could turn around for a higher price, go ahead and grab it If, you know for sure, you will sell it.
7. Smoke-Free?
Whether the piece of gear was used in a smoke-free environment is a big deal for some people. As a former smoker, I have yet to see any piece of gear really suffer in performance, or in standard operation, due to being exposed to cigarette smoke. But, it’s still a bargaining tool. You can always ask, and if the gear was around cigarette smoke, maybe haggle down a little bit. Even if it was having a pack-a-day being smoked around it, most likely, you won’t even notice. And, you can also wipe down the external chassis, clean the pots, and go through the insides, if you really feel like you’re in danger from lingering cigarette resin. 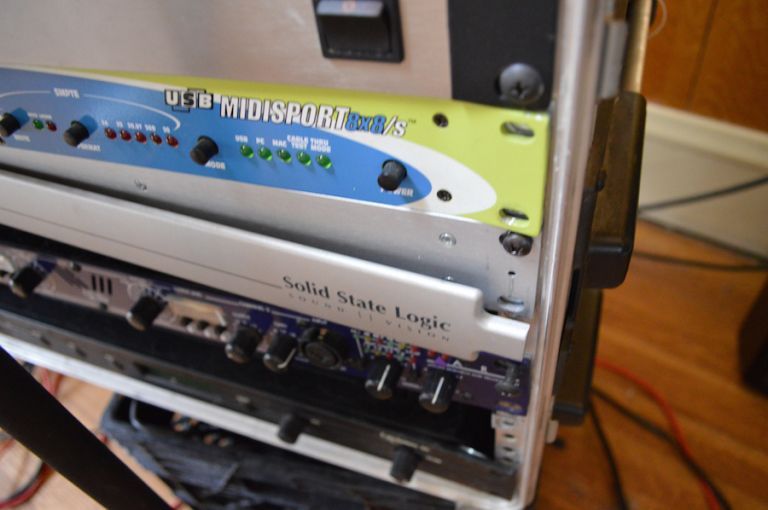 Want to get rid of cigarette resin? You can clean the pots and go through the insides.
Conclusion
There are lots of great deals out there. Just make sure you take your time, when making used purchases. The greatest illusion is that you’re going to miss out on the deal of the century. This illusion is often self-imposed, considering that consumerism, these days,  is just as much a form of self-comfort, as going to McDonalds. Except if it’s made by Roland, and has 303, 808, or 909, somewhere on the exterior, then, it’s probably the deal of the century.
Original Source: Here