How To Make A Tech House Beat & Bass Tutorial

How To Make A Tech House Beat & Bass Tutorial

Mihalis Safras is a true titan of the tech house scene, and in this tutorial producer, Tim Cant takes his library Nasty Tech House out for a spin, creating a rolling beat and bassline from scratch using a few of its many one-shot samples.

Little known fact: tech house is a combination of techno and house! That’s right, combine the rolling beats of techno with the funky bass lines of house and you’ve got yourself a genre that has become the de facto hipster dancefloor sound of the 2010s. In this tutorial we’re going to show you how you can make your own chuggin’ tech house groove with Mihalis Safras - Nasty Tech House, a sample pack fair bursting with chunky drums and rotund bass sounds. 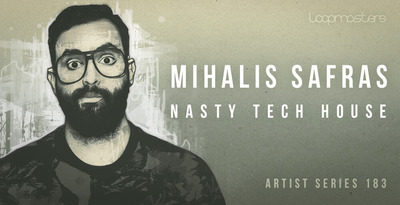 Naturally when making a tech house beat and bass line the first thing you need to do is find a nice solid kick drum. SAF_Kick_21 fits the bill, and if you feel its attack stage is a little too much you can move the start point of the sample to a few cycles in to mellow it out slightly. 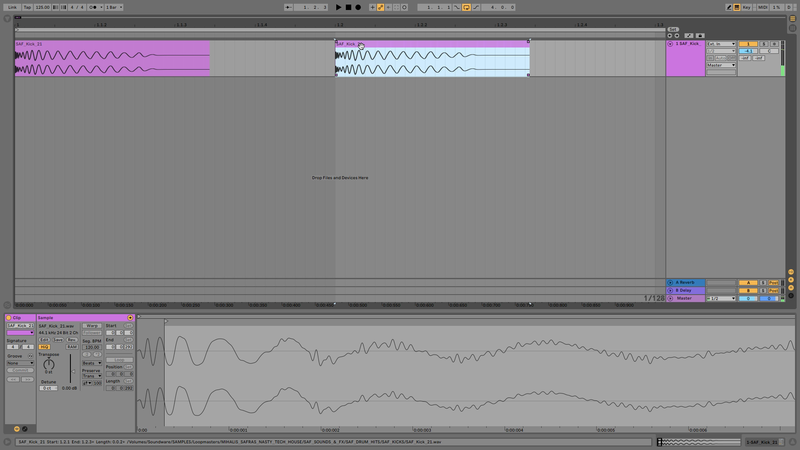 Sequence this with a four-to-the-floor pattern and monoise the kick so that it sits dead centre in the mix. 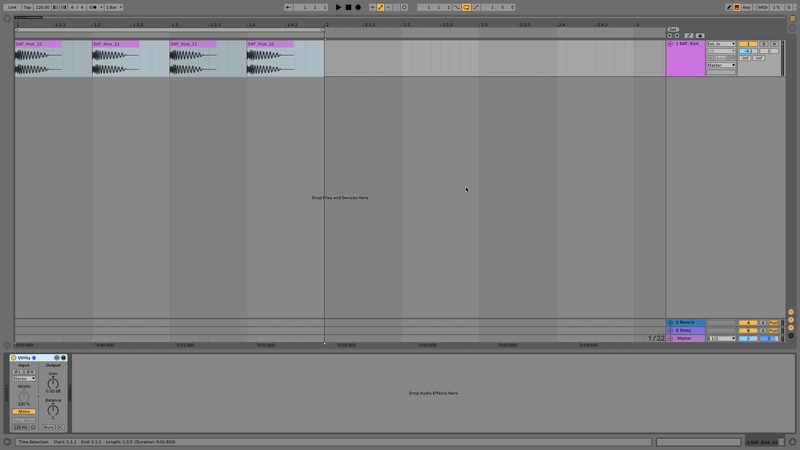 Locate SAF_Closed_Hat_16 and sequence it on the first, second and fourth 16th note of each beat, leaving the third sixteenth free for an open hat. 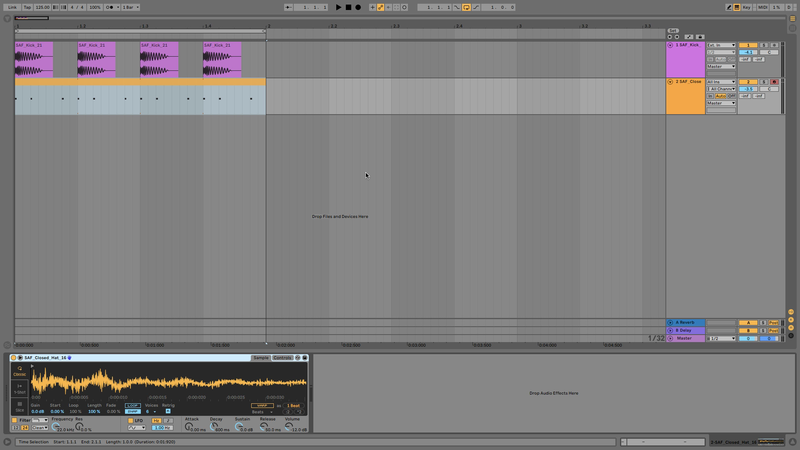 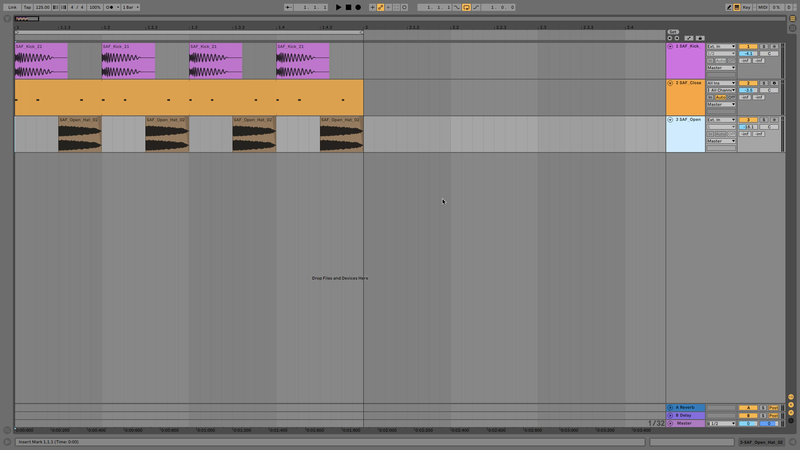 But SAF_Closed_Hat_16 has a weightier low-end. Apply some hi-pass filtering on the closed hat channel to remedy this. 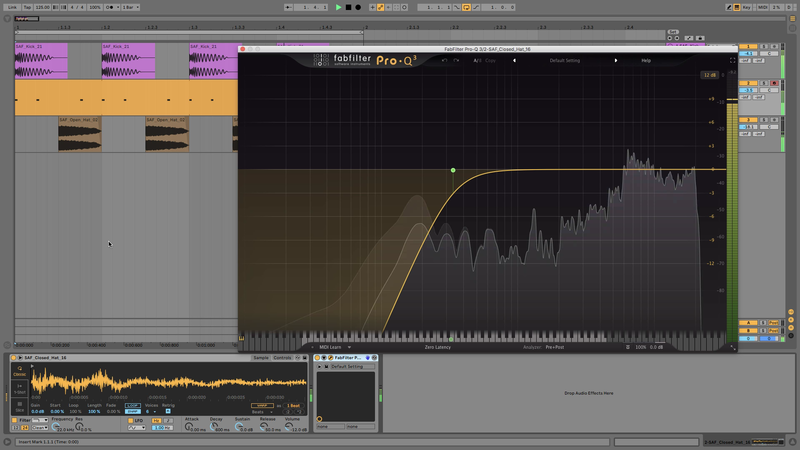 Next it’s time for a clap, SAF_Clap_08 specifically. This goes on every other beat. 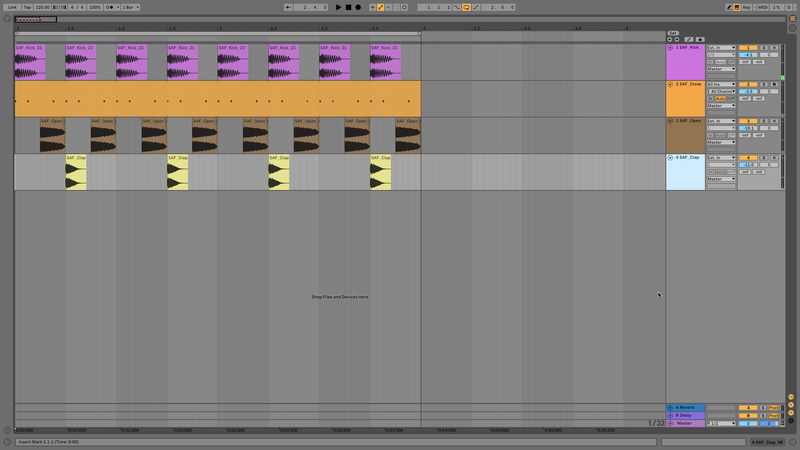 You can make things a little more interesting by adding a 6dB quieter ghost clap on the first sixteenth after the last clap of a two bar sequence. This provides a slight bit of rhythmic variation. 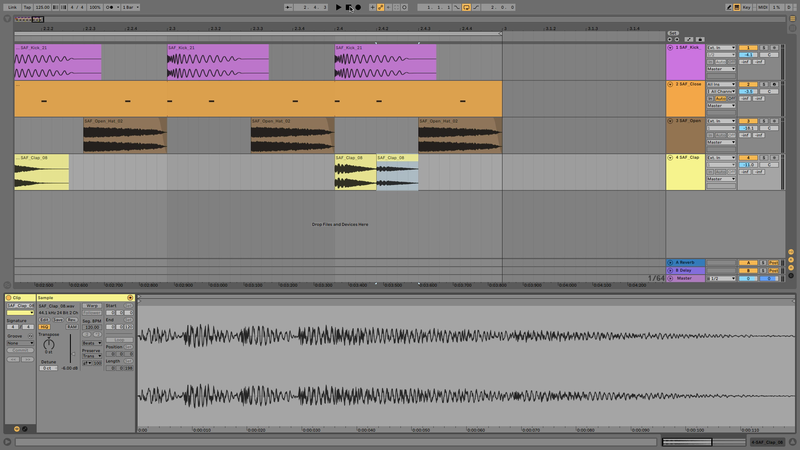 To get that rolling feel you need a ride cymbal, ideally the characteristic one from a TR-909. This is where SAF_Cymbal_04 comes in handy. Sequence this on every beat under the kick. 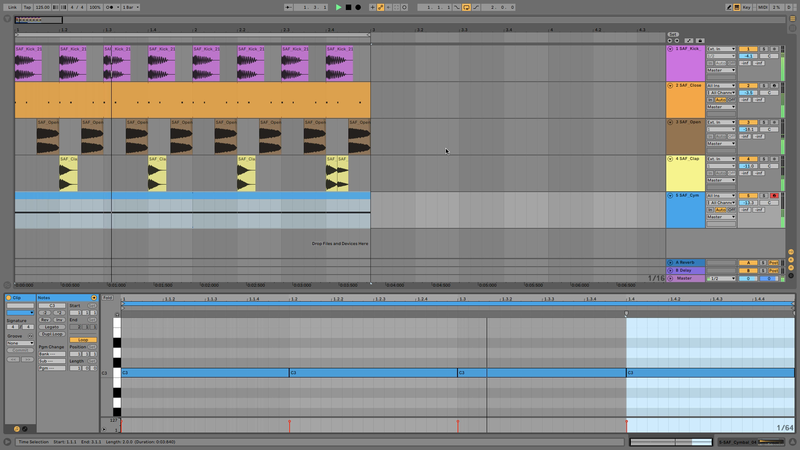 Now we’ve got a basic beat it’s time for some bass. SAF_C_Syn_Bass_12 has a solid bottom end which makes it perfect for that job. Load the sample into a sampler, set it to monophonic to avoid any unwanted overlaps, then copy the pattern we’ve created here or make your own. 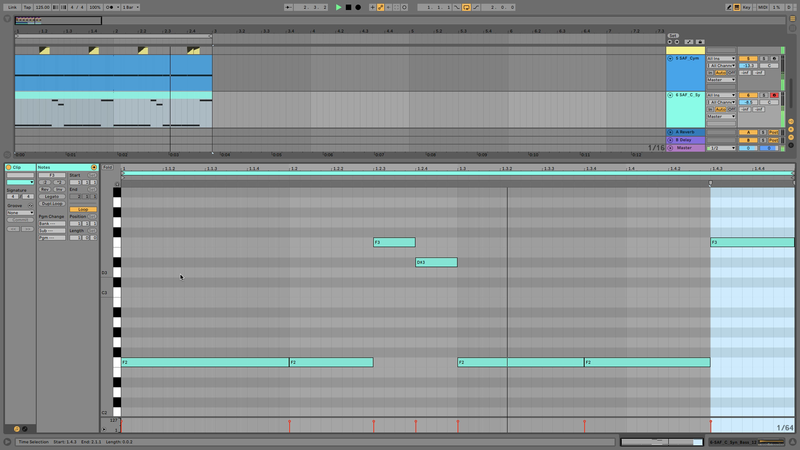 To add some interesting movement to the bass line’s character, use a low-pass filter modulated by an envelope with a short decay time. Here we’ve used Simpler’s Circuit Type option too, selecting the MS2 type and using a bit of Resonance and Drive to bring out the sound. 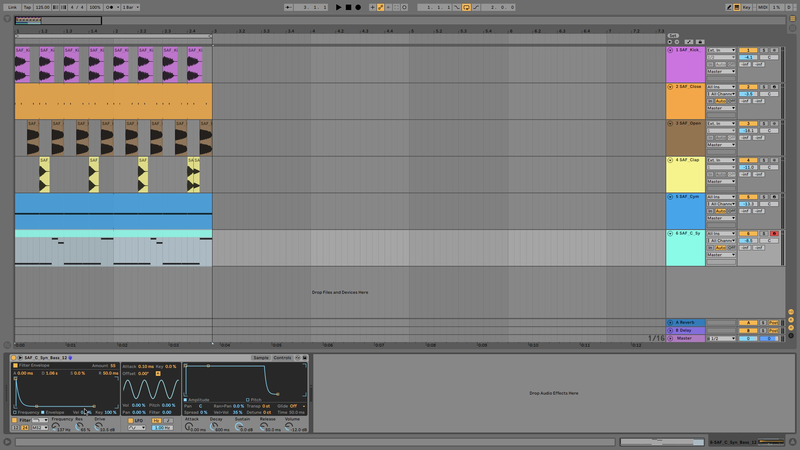 So that the bass’ low-end doesn’t interfere with the kick, sidechain compress the bass using the kick as the trigger. 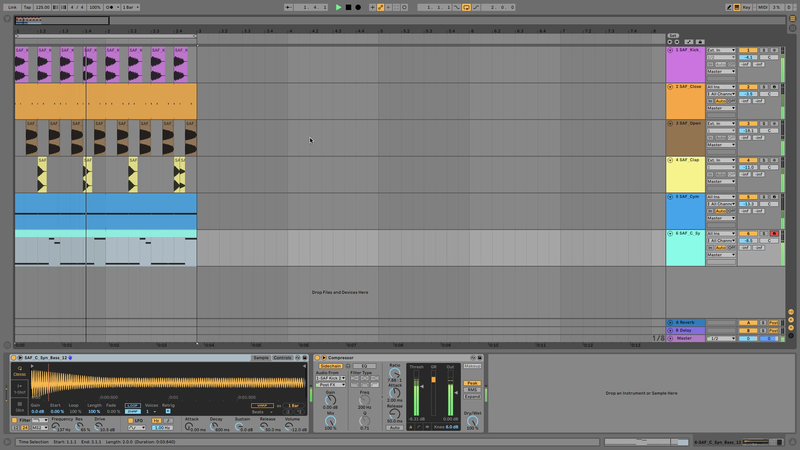 To spice things up a bit, add SAF_Cowbell_03 to create a little riff on an audio track, transposing it to make sure it’s in the same key as the rest of the elements. 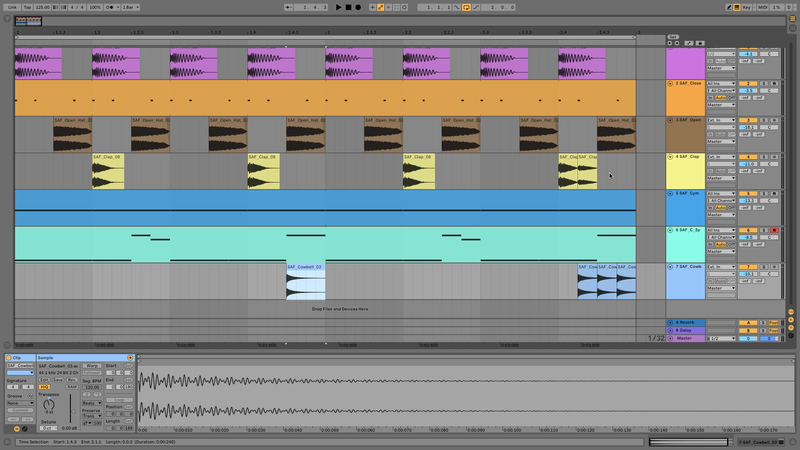 Reverb works well on this sound, and if you’re feeling saucy you can add a touch of spin-reverb to the clap on the last beat. 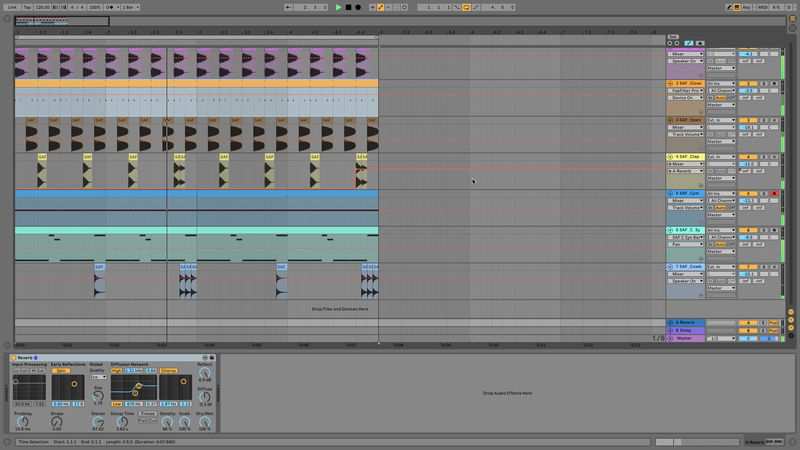 For the final touch, use the characteristic crash SAF_Cymbal_13 pitched down with a simple delay on it to emphasise the start of the two bar sequence. 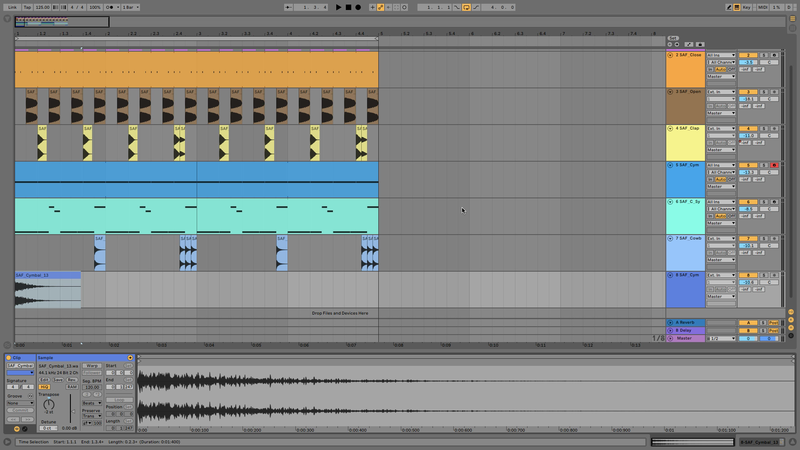